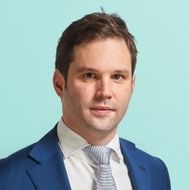 The Italian Court of Cassation has overturned a controversial decision by the Court of Lodi, which had relied on old case law to deny protection to football team trademarks under criminal law.

On 22 February 2018 the Court of Lodi (near Milan) accepted a petition for review filed by an alleged counterfeiter against a seizure order for 2,628 jerseys of Italian and foreign football teams, as well as other football paraphernalia.

On 19 July 2018 the Italian Court of Cassation noted that the Court of Lodi had relied on very old rulings dating back to the early 1970s, when football teams were still defined as public entertainment companies.

In its decision, the appeal court highlighted that this approach was extremely outdated, particularly in light of regulatory changes of the 1990s, which subjected football clubs to regular company law thus allowing them to pursue and distribute profit.

Following these changes, football clubs were able to broaden their businesses and sell television rights, as well as merchandising.

In light of these changes, the Court of Cassation found that football clubs should be considered commercial companies and thus entitled to register trademarks.

With respect to the alleged descriptiveness of the names of football clubs, the court ruled that it is undeniable that the names used by professional football teams often comprise or evoke the geographic name of the city or region in which the team plays. This could prevent the registration of these names pursuant to Article 13(1) of the IP Code, which provides that a trademark may not be exclusively made up of the name of a city or region. The appeal court cited its prior decisions, where it ruled that geographic names may be included in a trademark that nevertheless could be considered inherently distinctive, provided that the mark does not solely comprise a geographic name and includes elements that depart from the mere indication of a geographic origin.

Moreover, the court explained that even if the name of a city or region is combined with another element that is not particularly distinctive (eg, the founding year of the football club), the sign as a whole can be registrable and can receive at least the protection recognised for so-called ‘weak’ trademarks. However, such a weak trademark might be considerably strengthened if proof of acquired secondary meaning could be demonstrated.

In light of these findings, the Court of Cassation held that the marks of the football teams imprinted on the jerseys subject to seizure were fully protected. Further, it noted that the provisions on “well-known signs” set out in Article 8(3) of the IP Code could be invoked to protect the names of football teams.

The court also confirmed that trademarks that have become common terms in the popular language lose their distinctive capacity and are therefore not eligible for registration in accordance with the combined reading of Articles 7 and 12 of the IP Code. However, these provisions do not apply to the distinguishing features of football clubs (eg, the names and logos imprinted on the seized jerseys). In fact, these distinguishing features have a strong distinctive character due to their widespread recognition among the public. The free and widespread use of such distinctive signs on clothing by sportswear manufacturers and merchandisers in the past cannot be invoked to constitute a general obstacle to registration and protection of these well-known distinctive signs today.

In fact, businesses that claim the prior sale of products bearing what then become trademarked names and logos of football teams may continue to sell these products, but only if they provide proof of the prior use of such trademarks.

Finally, the Court of Cassation pointed out that the lower court erroneously evaluated the requirement of evidence of guilt. In fact, the lower court adopted an overly analytical approach when comparing the original distinctive signs with those represented on the items subject to seizure.

The court confirmed that acts of counterfeiting, for the purposes of criminal protection, do in fact require full reproduction of all emblematic and verbal elements of a mark. However, so-called ‘alteration’ also constitutes conduct punishable under the relevant criminal provisions – namely Article 474 – and applies to partial reproduction, provided that the counterfeit reproduction may be confused with the original trademark.

Therefore, the reproduction of the trademark or service mark “in its essential elements” is sufficient in order to invoke criminal protection. The assessment on the similarity of signs should be carried out on the basis of the overall impression and the specific category of the product.

In this evaluation the widespread recognition of the distinctive sign should also be considered. It therefore follows that, in the case of marks with high recognition, the addition of secondary elements is insufficient to differentiate between the original and the alleged counterfeiter.

The Court of Cassation dismissed the argument that consumers were aware that the goods were inauthentic. Indeed, the criminal provisions do not require that consumers be effectively misled but simply that the counterfeit goods are potentially capable of misleading consumers.

In light of the above, the Court of Cassation remanded the case to the lower court for a complete review.

These findings appear well reasoned and applicable to present conditions. Considering the importance of the sale of football jerseys and other merchandise for football teams, it is logical that the trademarks and service marks being used should be protectable. The decision also provides an interesting insight into the approach adopted in the not-so-distant past in Italy concerning protection for the distinctive signs of football teams. In the 1990s the Court of Milan issued two decisions, where it held that the distinctive features (ie, name, logo and colours) of football teams are of common use and have become part of the public domain, and that small modifications to the original logos were sufficient to escape claims of infringement. However, the European Court of Justice subsequently ruled on the same topic in the Arsenal case (C-206/01), giving an interpretation favourable to the holders of the right, as the Italian Court of Cassation did in this case. It therefore appears that the old case law has been issued a red card and dismissed from the legal playing field.