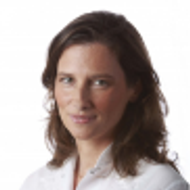 Biological drugs are proteins that have been produced under laboratory conditions to resemble those naturally produced in the human body. Since the launch of the first biological drug – insulin – 25 years ago, their use has increased dramatically. Today, the US Food and Drug Administration, the European Medicines Agency (EMA) and many other jurisdictions, including Israel, have approved hundreds of proteins and peptides for use.

The process of producing proteins is complex and differs significantly from the production of chemical molecules. Further, production of a biological compound may result in different end compounds, which can cause different immune responses in patients. Another major difference is that chemical compounds have a low molecular weight, which is easier to reproduce because small molecule compounds will most likely be composed of a single molecule. Health authorities around the world have therefore created specific rules for approving equivalent drugs, particularly protein biological drugs (ie, biosimilar or follow-on biologics). These rules enable the registration of a biosimilar preparation after it has been proven to be similar to the reference preparation with regard to safety, efficacy and quality.

For example, the EMA states that the data used to approve a reference biological preparation cannot be used for the marketing authorisation of a biosimilar drug. The Israeli Ministry of Health applies a similar rule to the administration of biosimilar drugs. A few years ago it amended its special procedure for the characterisation of biosimilar preparations ("Bio-Similar Terms of Registration and Use of Bio-Similar Preparations" procedure No 127, April 2014):

In a recent decision, the Israel Patent Office has denied a patent term extension for the biological drug Kovaltry, filed by Bayer Healthcare LLC. The healthcare company claimed that the drug’s administration process indicated that the preparation was classified by the Ministry of Health as one that contains a new active ingredient and the company was therefore required to comply with the ministry’s regulatory requirements for registration. According to the company, this made the drug eligible for a patent term extension. However, the Israel Patent Office held that that biological materials can be regarded as similar materials in spite of structural differences and thus enjoy shorter regulatory procedures (defined as ‘biosimilar preparations’). They are not considered to be different substances when considering eligibility for patent term extension.