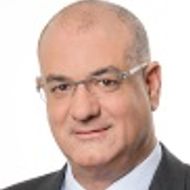 The Israel Patent Office recently published its 2017 Annual Report, which reflects the state of IP prosecution in Israel regarding the submission and examination of patent, trademark and design applications. The report reveals interesting trends and changes in the IP registration system in Israel.

According to the report, in 2017 there was an increase in Patent Corporation Treaty and patent applications filed by foreign entities in Israel. This is consistent with the fact that an increasing number of multinational companies are moving their R&D centres to Israel. Today, the number of multinational corporation R&D centres in Israel is among the world’s highest and is the highest in the world per capita.

It appears that the Israel Patent Office patents department is continuing to increase in efficiency, following recent optimisation processes, including the training of more examiners in an effort to reduce examination times.

The office’s greatest accomplishment has been the significant decrease in trademark examination periods. According to the report, at the beginning of 2017, an application would be examined approximately 16 months after submission. By the end of 2017, the waiting time was approximately 12 months. The increase in output was made possible by training more examiners and changing the department’s working procedures and operating system.

In addition, 2017 was a particularly fruitful year in the field of designs, after the new Design Law 2017 came into effect – replacing the 90-year old Patents and Designs Ordinance 1924 – and after the implementation of a new system for filing design applications and searching existing design registrations. Although there have been no significant changes in the number of submissions of designs over the past years, there has been a considerable increase in submissions in Class 14 (recording, communication or information retrieval equipment), pursuant to the growing mobile market in Israel.