IPBC Asia returns to Shanghai this December, and the stakes for IP owners in China couldn’t be higher

The combination of excitement and uncertainty about China’s patent environment make it an ideal site for this year’s IPBC Asia, which will be held in Shanghai at the Ritz-Carlton Pudong Hotel from December 2nd-4th.

Take a look at some of the China stories this blog has reported over the past two months alone, and it becomes clear that this is a complex and sometimes unpredictable market – one where IP executives would do well to spend more time on the ground. Here is a sampling:

The statistics say plaintiffs usually win in civil patent litigation judgments in China – around 80% of the time, according to multiple studies. Foreign companies tend to perform at least as least as well as Chinese counterparts, too. A pair of stories this blog published in July challenged that idea – one anecdotally, one statistically. Or did they simply provide the exceptions that prove the rule?

The first article in particular should provide plenty of fodder for our breakout session in Shanghai on China’s litigation landscape.

NPE activity on the rise as authorities crack down on trolls

Foreign NPEs are setting their sights squarely on the China market – the most notable recent example a new entity called iPEL touting strong investor backing and a plan to assert in China imminently. At the same time, there is a surprising amount of low-level domestic NPE activity – and authorities are taking notice. Prosecutors in Shanghai surprised just about everyone last month when they announced criminal extortion charges for two individuals who made a habit of suing pre-IPO companies.

We could be in for a very consequential debate over NPE activity in China, and you can bet the full range of opinions will be on display this December in Shanghai.

China has well over 100 unicorns – start-ups with valuations north of $1 billion. Those with global ambitions know that having their IP house in order is an absolute must. That has brought a couple of deep-pocketed companies with relatively low international profiles onto IAM’s radar for the first time this summer.

Companies of all sizes will be among the estimated 40% of IPBC Asia attendees who will hail from the local China market.

Of course, there is much more to this December’s event than just China. Asia IP Elite companies will come from across the region to be honoured at our annual gala dinner and awards ceremony. And many other IP market heavyweights from all over the world will be found on stage or in the exhibition hall. It’s safe to say that all of them will be hoping to learn what this dynamic market has in store next.

To register now and secure your place in Shanghai, click here. 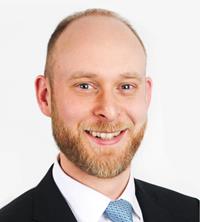