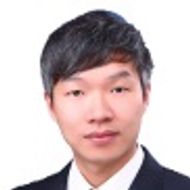 In October 2015, SEB discovered that a rotating brush for hairstyling exhibited by Quanli at the 118th Canton Fair infringed its invention patent.

After collecting and notarising evidence, in April 2018 SEB filed a patent infringement lawsuit in the Ningbo Intermediate Court, accusing Quanli of manufacturing, selling and offering to sell the product in question and thereby infringing its patent.

On 8 April 2019, the first-instance court rendered a civil judgment, finding infringement and ordering cessation of the infringing actions, damages of Rmb300,000 and destruction of the moulds for manufacturing the infringing product.

Quanli appealed to the IP Tribunal, arguing that there was no way to ascertain the exact spatial scope of the wording “close” in the feature “the rod has a cylindrical portion having a first diameter close to that of the handle” of claim 1. As a result, the claim’s scope of protection was unclear, making it impossible to conduct an infringement comparison. Even if a skilled person in the art could determine the specific range of “close”, the accused infringing product did not embody this feature. In addition, Quanli held that the term ‘coupling element’ in claim 1 was a functional limitation and its scope should be limited to the technical features and equivalents that are indispensable for realising the function in the embodiments disclosed in the specification of the subject patent.

In rebutting Quanli’s first argument, SEB produced internal evidence – including records and drawings in the specification of the subject patent, citing applicable judicial interpretation affirming superiority of internal evidence over external evidence in claim construction – and argued that the wording “close” in claim 1 is clear in the context of this.

With regard to Quanli’s second argument, SEB responded that:

In this case, claim 1 of the subject patent describes the rod as having a cylindrical portion with a first diameter close to that of the handle. However, it does not specifically limit the exact value (the difference between the two diameters). However, according to the above-mentioned description, combined with the specification and drawings of the subject patent, those skilled in the art could clearly understand the relationship between the diameter of the cylindrical portion and that of the handle. Therefore, the protection scope of claim 1 of the patent at issue is clear.