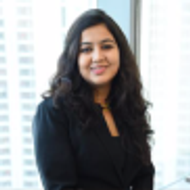 Although the term ‘per se’ has not been defined conclusively in Indian law, it has been widely debated. The legislative intent to attach the suffix ‘per se’ to computer programs is evidenced by the following view expressed by the Joint Parliamentary Committee while introducing the Patents (Amendments) Act 2002:

In the new proposed clause (k) the words ''per se" have been inserted. This change has been proposed because sometimes the computer programme may include certain other things, ancillary thereto or developed thereon. The intention here is not to reject them for grant of patent if they are inventions. However, the computer programmes as such are not intended to be granted patent. This amendment has been proposed to clarify the purpose.

Guidelines for examination of computer-related inventions

To date, the IPO has released three sets of guidelines in an attempt to bring clarity to the examination process for computer-related invention patents. In 2017, the office released the most recent guidelines, under which the substance or nature of the claims determines the technical nature of the invention and “the focus should be on the underlying substance of the invention, not the particular form in which it is claimed”. These guidelines adopted a more flexible approach, wherein computer-related inventions that have a technical effect and technical contribution can be patentable subject matter.

In the Delhi High Court’s recent landmark ruling in Ferid Allani v Union of India, the court adopted a liberal approach and reiterated that the test for determining patent eligibility is “if the invention demonstrates a technical effect or a technical contribution it is patentable even though it may be based on a computer program”. Thus, not all inventions that are based on a computer program are unpatentable and since many inventions today are based on computer programs, it is “retrograde to argue that all such inventions would not be patentable”. The court proposed that the “words ‘per se’ were incorporated so as to ensure that genuine inventions which are developed, based on computer programs are not refused patents.” Further, only computer programs ‘per se’ are excluded from patentability. The court also observed that the IPO’s restrictive approach is contrary to global practices and that Indian practices must align with the global standard. The court set forth the proposition that technical effect or technical contribution should be determined in light of the guidelines, legislative material, judicial precedents and international practices.

When drafting an application, the following should be ensured:

Further, recent patent grants by the IPO indicate that software inventions may be patentable, if the following conditions are met:

It is evident that the issue surrounding the patentability of computer-related inventions is rooted in the misinterpretation of the language of Section 3(k), court and IPO decisions and the IPO’s guidelines. In view of this, there has been a definite upsurge in the filings of computer-related inventions in India by several leading national and foreign companies and the IPO has been granting more patents for these inventions. The constantly evolving practices adopted by the patent office as well as the Indian court decisions with regard to interpreting the language in Section 3(k) are indicative of the intention to make the Indian patent regime consistent with global practices and standards.