China’s top government body, the State Council, moved yesterday to abolish some of the country’s toughest restrictions on foreign technology transfer agreements. The unexpected move will give foreign firms more leeway in structuring tech transfer and JV agreements in China going forward – and might also set up a wave of renegotiations. The changes are part of a large package of regulatory amendments approved yesterday by Chinese Premier Li Keqiang, almost certainly a product of trade and IP negotiations with the United States. The provisions have rewritten the rules in a wide range of areas, but there are two of particular interest to tech companies and IP owners: the implementing regulations of the PRC Joint Venture Law and the Technology Import Export Regulations.

Ericsson’s chief IP officer Gustav Brismark has left the company, IAM can exclusively reveal. It is understood that this was a decision he made rather than one taken by his employer. He has been replaced on an interim basis by Christina Petersson, head of IP rights and technology, legal support. A search is now on for a permanent replacement.

We must listen to the market to make the most of 5G licensing opportunities, says new Ericsson CIPO

In her first interview since becoming the chief IP officer at Ericsson, Christina Petersson has made clear that continuity and adaptability are her priorities as she guides the company’s licensing operation towards the advent of the 5G era. “It is a challenge and one that I feel humble in facing, but also excited about. I like challenges!”, Petersson stated on Monday, the day she permanently took on the role.

Yesterday, Toyota announced a major patent initiative in an attempt to encourage the adoption of hybrid electric vehicles, opening up around 24,000 patents for licence on royalty-free terms. The Japanese automaker is also expanding a previous pledge to grant access to rights related to fuel cell vehicles.

It could not have been a more low-key way of letting the world know, but Avanci has today confirmed that both Audi and Porsche have become licensees of the patents offered via its platform. There was no press release, no formal announcement of any kind; instead, the car makers’ logos have appeared at the bottom of the Avanci website’s home page, alongside those of its other licensees.

The sprawling patent licensing dispute between Qualcomm and Apple, with its latest chapter unfolding this week in a San Diego courtroom, settled today when the pair announced that they have agreed to drop all litigation. According to a statement that confirmed the news, the two companies have reached a six-year global patent licence agreement, which is effective as of 1 April this year. It includes a two-year option to extend. The deal also involves a payment from Apple to Qualcomm and a multi-year chipset supply agreement. The statement from the pair included plenty of congratulatory comments on each company’s tech prowess, which is notable given the enmity that has reportedly been brewing between them.

US patent litigation is down, but not for South Korean companies

US patent litigation has declined significantly over the past three years, as statistics analysed on the IAM platform show. Cases filed by NPEs have followed the same trend, falling each year since 2015. But a new report prepared by the Korean Intellectual Property Office shows that South Korean companies continue to face more litigation risk, not less. The statistics are collected and reported each year by the South Korean government in an effort to help local companies plan for litigation risks in the United States. They reflect the experience of both conglomerate chaebols and small to medium-sized entities in the country. Asian companies like those from Korea have benefited from many US litigation reforms, though not TC Heartland’s restrictions on venue shopping.

The US patent application at the heart of the University of California’s much-watched interference proceeding against the Broad Institute has finally been granted, giving the university extensive rights to exclude others from using CRISPR-Cas9 gene-editing technology without its say-so. The breadth of the patent’s claims has come as a surprise to some experts who believed that the application would face difficulties following the west-coast institution’s recent defeat at the Federal Circuit and the grant of other core CRISPR patents.

Tencent’s big patent haul can help power its next phase

Last week, Tencent published an update on its patent protection efforts on a tech website that forms part of its expansive social media and internet universe. The company says that its 30,000 patent applications and 10,000 grants globally make it the second most patent-rich company in the internet sector after Google. The company released the figures to mark the 20th anniversary of its QQ platform, which started the Shenzhen-based firm on its spectacular rise. But as the company heads into its third decade, it is facing unprecedented challenges.

TiVo split sparks talk of new opportunities, but the prospects for the IP business may hinge on a familiar foe

The news announced yesterday that TiVo is splitting in two, with its product and IP licensing businesses set to go their separate ways, was never going to make anyone fall off their chair.

The company disclosed in early 2018 that it was undertaking a strategic review, although at the time it appeared that a take-private or a transformational merger, rather than a spin-out, might be the likelier options. That was until earlier this year when CEO Raghavendra Rau revealed on a call with analysts that the company had “proactively begun working internally on preparing for the possible separation of the business to help address... complexities and to potentially facilitate strategic transactions”.

Two weeks ago, Nintendo won regulatory approval to sell its Switch gaming console in mainland China, in partnership with Tencent. Shareholders applauded the announcement, signalling high hopes that the company can finally start to monetise its widely recognised intellectual property in the massive neighbouring market. The deal creates a potentially massive cashflow for the Japanese company in China, even as it will now need to navigate regulatory risk (all new titles released will need government approval) as well as the potential for increased infringement and piracy. 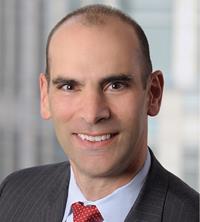