Some of the major stories carried on the IAM platform in October and November.

Ilkka Rahnasto, who has played a key role in transforming Nokia’s licensing fortunes in recent years as head of its patent business, is leaving the company. His duties will effectively be divided between Eeva Hakoranta, who becomes senior vice president and head of intellectual property, and Jenni Lukander, who has also been promoted to senior vice president and head of the patent business.

More change at the top for Blackberry’s licensing operation

Sandeep Chennakeshu, the head of Blackberry Technology Solutions, who has been the ultimate head of the Canadian company’s IP monetisation efforts in recent years, is leaving the company. Management of the licensing function, which has seen a number of departures since Mark Kokes, vice president of IP, licensing and standards, left in the summer of 2017, has now been handed to chief legal officer Randall Cook.

In a judgment that is likely to confirm the United Kingdom as a go-to jurisdiction for SEP owners seeking to secure global FRAND deals with recalcitrant licensees, the Court of Appeal in London has today upheld Justice Colin Birss’s High Court decision in Unwired Planet v Huawei. In rejecting all three grounds on which Huawei made its appeal, the court has delivered a strong message about the willingness and ability of UK courts to hear such disputes – and shown how they are likely to handle them.

Nokia announces it is joining Avanci

Nokia has become the latest patent owner to sign up to Avanci in what is a major coup for the platform, which was established in 2016 to license 2G, 3G and 4G SEPs to the auto and Internet of Things sectors. The Finnish telecoms company was arguably the most significant mobile patent owner that, until now, had declined to join the platform, which is led by former Ericsson chief IP officer Kasim Alfalahi. Up to this point Avanci had claimed to represent in excess of 50% of the relevant 2G, 3G and 4G SEPs and while it is not clear by how much that percentage will increase, with Nokia now joining there is no doubt that it should jump significantly.

Last week, Fujifilm and Shenzhen O-Film Technology announced an IP and business deal worth $28 million, which includes a patent purchase, licensing agreement and the sale of a Fujifilm business unit based in China. While O-Film is far from a household name, it is a key component supplier in smartphones with big ambitions in auto. Moreover, this is not its first large IP transaction with a well-established partner.

We are top in the 5G standards process and that will feed through to patents, claims Ericsson

Ericsson has played a greater part in the development of 5G technology than any other entity, the company has claimed. In a report which takes an in-depth look at participation in the 3GPP standardisation process, the Swedish telecoms and networking giant claims: “It is clear that, no matter which viewpoint one takes, Ericsson is the leader in 3GPP and has influenced the technology in 5G over the years more than any other contributor.”

Although it is not yet possible to get an accurate picture of how the 5G patent landscape might look, Ericsson states, focusing on 3GPP – a worldwide partnership of organisations developing 5G standards – is a credible way of “estimating future 5G patent portfolio strength” as it allows for analysis of “the impact that companies have made on the development of the 5G standard”.

US Attorney General Jeff Sessions announced the indictment, which also names three Taiwan nationals, in Washington yesterday. The Department of Justice has also initiated a civil case in the Northern District of California.

Acacia Research, the NPE which was once a giant of the sector with a market cap that peaked at close to $2 billion, has returned to the patent monetisation space with a bang, following a period in which it had largely withdrawn from frontline licensing activity and saw a string of senior executives depart.

On its most recent earnings call late last month, the Newport Beach, California-based firm announced its intention to re-emerge as a significant force to capitalise on what it sees as dislocation in the patent market. Board member Clifford Press told analysts on the call that Acacia is “seriously back in business”.

Former Nokia patent business head Ilkka Rahnasto is joining Marconi Group in another boost to the business, which administers a range of collective licensing platforms including Avanci and Velos Media.

A co-founder of Starboard Value, an investment fund that has been one of the most prominent activist investors in the IP space since it was founded in 2011, has called into question corporate strategies that link innovation to the number of patents a company files. He also queried the worth of initiatives that reward employees for filing patents with little focus on the quality or overall relevance of those grants.

Peter Feld, who is a portfolio manager and the head of research at Starboard, was speaking at the IP Dealmakers Forum which was held in New York earlier this week. “For too long companies have talked about the level of their innovation based on the number of patents they file every year,” he told delegates.

The judgment leaves the Pfizer subsidiary facing the possibility of having to make a payout of up to £500 million ($650 million) to the National Health Service and will also potentially make life sciences patents harder to obtain and easier to invalidate in the United Kingdom by upholding a higher threshold of plausibility. 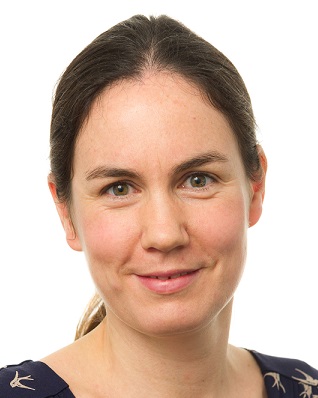