Some of the major stories carried on the www.IAM-media.com platform in August and September

According to his LinkedIn profile, Risher joined Faraday in July after a little more than two years at Tesla where he was chief IP and litigation counsel. Before that he spent almost a decade at Apple, most recently as director of patent licensing and strategy.

A new report from CB Insights examining the state of the market for cloud computing infrastructure as a service has found that while Amazon gained an early lead in the field, Microsoft and Google are catching up fast. Of particular note is that Microsoft has gradually overtaken the online retail giant by patent filings in this space.

The news that David Ruschke, chief judge of the PTAB, is leaving his role to take up a new position at the USPTO took much of the DC patent community by surprise. After the move was disclosed in a town hall meeting on Tuesday and a memo from USPTO Director Andrei Iancu was circulated internally, PTAB practitioners started to pick up on events and by that evening it had hit the headlines, with Scott Graham over at law.com the first to break the story.

Recent USPTO assignments data shows the first known third-party IP acquisition by Amperex Technology Limited, a Hong Kong-based maker of lithium-ion batteries. According to the filing, Alphabet unit Google dealt 139 former Motorola assets to the Chinese company after first advertising them for sale back in 2015.

Nokia has announced its expected licensing royalty rate for 5G mobile phones, becoming the latest operator to publicly disclose its price for the next generation of wireless devices. The Finnish telecoms giant’s rate will be capped at €3 per device for a licence to the company’s 5G portfolio of SEPs.

The Japan Patent Office will ask the country’s legislature to extend design patent protection to 25 years during its next session, according to a report in Nikkei. The policy change has a dual aim of making Japanese companies more brand-conscious and enhancing coverage for innovations that combine visual and technical features, such as user interfaces.

The AIDS Healthcare Foundation last week announced that it had filed a petition asking the US Supreme Court to review lower court decisions to dismiss its attempts to invalidate patents protecting a Gilead HIV treatment. It has asked the high court to determine the circumstances under which a party can file suit for declaratory judgment.

An analysis making the rounds in Chinese media has identified dozens of former Huawei patents that now appear on Qualcomm’s list of Chinese SEPs. The two companies, which are still working to resolve a royalty payment dispute, transacted hundreds of assets in the aftermath of Qualcomm’s settlement with the National Development and Reform Commission (NDRC) in 2015, according to USPTO records.

Predictions of 2018 pharma M&A surge fall flat, but patent licensing deals are at a record high

So much for the pharmaceuticals M&A surge that was forecast by so many at the beginning of the year. The latest data shows that, despite US tax reform and a strong need to replenish product pipelines, the number of mergers and acquisitions in the life sciences sectors decreased year-on-year in the first half of 2018. High-price purchases have been in short supply and, excluding Takeda’s mega-deal to buy Shire, the overall value of acquisitions has been disappointing.

But it is not all bad news for deal making in the pharmaceuticals industry. Year-on-year increases in the value and number of licensing agreements suggest that partnerships – rather than acquisitions – are the order of the day for patent-driven value creation.

Facebook hits back at BlackBerry, but not before stocking up on ammunition

Facebook is not going away quietly in the face of a patent assertion launched by BlackBerry in March. It responded in September with a suit of its own in the Northern District of California. All of the involved patents are from third parties, and it looks like most of them were bought for the express purpose of giving the Canadian company a headache – five were assigned to Facebook within the last two months.

According to new research, patent litigation in the auto industry has declined markedly in the last couple of years with the number of cases filed worldwide dropping from 278 in 2015 to 165 last year. The research also picked out German auto giant Volkswagen as the most assertive patent litigant in the sector (it also took top spot in terms of trademarks) followed by Daimler, BMW, Honda and Ford.

Fortress’s IP team has made another attention-grabbing hire, poaching Courtney Quish from Tivo to serve as a director in the monetisation and licensing group. She will be reporting to Jon James, who Fortress recruited last year from Perkins Coie.

Broad Institute wins crucial CRISPR decision at CAFC, but patent battle with University of California is far from over

September’s much-anticipated Federal Circuit CRISPR-Cas9 patent decision was a major victory for the Broad Institute in its long-running dispute with the University of California, Berkeley (UC). Upholding a PTAB ruling that the claims of the Broad’s core gene-editing patents do not interfere with those of an earlier UC patent application, the judgment consolidates the Broad’s position as a leader in the US CRISPR-Cas9 patent landscape. In addition, it sharply reduces the chances of a “winner takes all” scenario in which UC becomes the only organisation to own foundational patents for the revolutionary technology in the country. 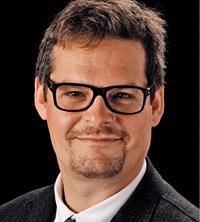