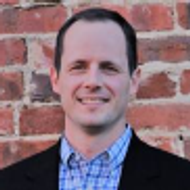 Part one of this article summarised the growth of special purpose acquisition companies (SPAC) transactions, the importance of innovation in SPAC-targeted companies and the IP holdings of relevant companies. While roughly upwards of 70% of the reviewed companies discussed terms related to innovation in their investor presentations, less than 40% of the companies held identifiable patent assets. Part two focuses on why companies that have either completed SPAC-led transactions or investors and companies considering SPAC transactions must take IP risk factors into account.

It is crucial to understand both the competitive climate in which the relevant companies operate and the level of litigation risk to which they expose themselves. This information forms the basis of an investment thesis for a corporate finance transaction. Examples of IP risk assessment includes reviewing the products, patents and litigation profiles of industry participants. Reviewing litigation both pre and post-SPAC merger completion provides a view into the risk profiles of companies – and competitors – being targeted for SPAC transactions. The entities analysed in the dataset have faced limited threats of IP-related litigation in the United States to date.

With regard to companies involved in US district cases, eight have been named defendants in patent infringement lawsuits (roughly 15% of the dataset). These companies have been targeted by a combination of NPE and operating company/competitor threats. Companies that have merged with SPACs are more likely to be targets of patent assertion versus initiators of patent litigation. Further, six companies (Vertiv, Velodyne Lidar, Vivint, Desktop Metal, DaniMer and Nikola) have filed patent infringement complaints against peer companies (roughly 11% of the dataset).

The commercial products industry has been the most active with regard to patent litigation. This is largely related to the smart home product company Vivint, which appears to be a consistent target for multiple patent infringement claims each year, largely from NPEs. Its most significant competitor-driven patent infringement threats were from Alarm.com and EcoFactor. Vivint has been a routine target for patent infringement suits largely because of the greater likelihood of observability and discoverability of potential infringement claims compared to products where the reverse engineering requirements to identify potential infringement may be more challenging. In addition, the markets for smart homes and the Internet of Things have certainly experienced considerable growth and product adoption in recent years, which makes the Vivint and peer companies more attractive targets for infringement claims.

In the computer hardware industry, Velodyne Lidar has been both an active plaintiff and defendant over the past few years. In 2016, Quanergy filed a complaint against it for declaratory relief, breach of contract, misappropriation of trade secrets and constructive fraud, following a product and partnership evaluation period. Ultimately, after a favourable ruling for Velodyne Lidar by the PTAB in May 2019, it filed patent infringement suits in district court and a complaint before the International Trade Commission in August 2019 against two competitors – Suteng Innovation Technology Co, Ltd (also known as Robosense) and Hesai Photonics Technology Co, Ltd. The complaints alleged that Robosense and Hesai infringed patents related to high-definition LiDAR systems for autonomous vehicles.  In July 2020, Velodyne Lidar and Hesai Technology and in October 2020, these companies both announced long-term global cross-licensing relationships.

While most of the tracked litigation filed against or by SPAC acquisition targets involve patents only, Vertiv stands out as an example of a company trying to defend its competitive position and proprietary technology. In November 2018, Vertiv filed a complaint against SVO Building One LLC for patent infringement and misappropriation of trade secrets. Vertiv operates in markets that serve data centre functions. In late 2016, SVO reached out to Vertiv (then known as Liebert) to lead the design and construction efforts on a data centre project. Over the course of Vertiv’s work on the project, numerous disputes arose between the two entities with regard to the scope of work and payment, among other things. Ultimately, SVO terminated the agreement in July 2018, after Vertiv had substantially completed the first phase of the project. Vertiv then properly revoked SVO’s licence pursuant to the terms of the licence agreement. The case was dismissed by Vertiv in January 20201 and highlights the risks of joint development agreements and overall IP theft issues for companies of all sizes, industries and technologies.

Vivint, Vertiv and CardID/PartsID were sued for patent infringement following the completion of the SPAC merger transaction (roughly 6% of dataset). It is unclear whether the timing of these case filings is coincidental or is a result of the SPAC transaction following more public information on the target companies finances and recent investment. Below is further information on the recently filed cases against Vivint, Vertiv and CardID/PartsID.

IP risks will need to be proactively managed to shield against theft from employees, partners, suppliers and customers and from other competitors or NPEs/investors seeking to enforce IP rights. IP litigation risk is higher for many industries including commercial products, software and computer hardware from both competitors and NPEs/investors but it is likely that litigation risk will also increase in areas such as transportation and retail industry groups. SPAC sponsors, company management and investors will need to actively monitor litigation trends prior to and following the completion of the SPAC merger transactions to assess if filings against these companies increases or remains relatively constant. If litigation risk increases, SPAC sponsors and target companies will need to more actively consider investing in risk mitigation approaches to counter this threat.