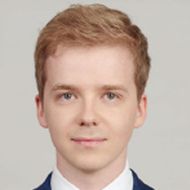 Since the start of the covid-19 pandemic, litigation has moved from courtrooms to web cameras in homes and offices. On 3 July 2021, a procedural amendment came into effect, setting this shift in stone. It will remain in place for the duration of the pandemic, plus one year after it has ended.

IP litigation in Poland is governed by the bifurcation rule. This means that reviews of IP cases are divided between the common courts and the Supreme Court (specifically for infringement cases), and the Polish Patent Office (PPO) and the administrative courts (specifically for invalidity cases) (there are exceptions concerning trademarks and industrial designs – see here for further information).

Common courts and the Supreme Court

The common courts that can review IP cases are the courts in Warsaw, Gdańsk, Lublin, Poznań and Katowice at first instance, and the courts of appeal in Warsaw and Poznań at second instance. Following the amendment, all of these courts now generally review cases during remote hearings. This is unless hearing a case in a courtroom is necessary and will not pose a serious threat to the health of the participants. It is at the court’s discretion to decide what kind of circumstances justify such exceptions. If a remote hearing is impossible and the court decides that presence in the courtroom is unnecessary, the case might be then resolved during a closed session.

Further, there have been changes to the number of judges reviewing the cases. Panels will now consist of one judge in both instances, as opposed to the one-judge and three-judge configuration that was previously used at first and second instance, respectively. The reasoning for this is that "there is no objective and verifiable data to assume that a judgment issued by a single judge is less fair than one delivered by a three-judge panel, or that cases are examined less thoroughly".

This might raise particular concerns when it comes to obtaining a preliminary injunction, which is often vital to ensuring that the IP holder does not suffer irreparable harm while waiting for the final judgment in an infringement case. This is because appeals against preliminary injunctions used to be reviewed by a panel of three judges of the same court that issued the decision. This solution raised concerns since it often meant that the first-instance decision was essentially reviewed by judges from the same court department. Reducing the panel to a single judge could exacerbate these concerns.

The amendment also affects the Supreme Court, which was previously obliged to hold hearings that were requested by applicants in cases including significant legal issues. The Supreme Court is temporarily exempt from this, regardless of the filing date of a cassation appeal.

PPO and the administrative courts

The PPO is currently the only venue where IP cases are reviewed that holds stationary hearings. There are safety restrictions in place, which include limiting the number of people and time that they spend on the premises (ie, a person is allowed to arrive there no sooner than 10 minutes before the hearing and should leave immediately after, and participation of the audience members is restricted) and hygiene restrictions (ie, visitors’ temperatures are taken upon arrival and face masks and gloves are obligatory).

With regard to the administrative courts, the amendment establishes remote hearings as a rule, similar to the common courts. However, there are two differences. First, there are no exceptions to IP cases that would explicitly allow for holding a hearing in a courtroom. If a remote hearing is impossible, then the administrative courts might resolve a case during a closed session. To complement this, the Supreme Administrative Court is temporarily not bound by the party’s request to hold the hearing. Instead, the request is no longer an obstacle for resolving a case during a closed session. Second, the administrative courts will continue to examine cases in panels of three judges, contrary to the change that the amendment introduced in the common courts.

Remote hearings and closed sessions are now the rule and in-person hearings the exception. The amendment also introduces other changes to accommodate for these settings, such as the digitalised delivery of court documents and an obligation for attorneys to provide their phone number and email address for each case.