The nomination process to put individuals forward as potential inductees into the IP Hall of Fame for 2016 is nearly over.  Over the past six weeks members of the global IP community have been suggesting the names of people whose achievements in helping to shape today’s global IP landscape they believe merit consideration by the IP Hall of Fame Academy, the body that decides who the inductees will be.

When nominations close later this week on 4th March, all valid ones will be sent to academy members. They will cast the votes which decide the three individuals who will get to join IP’s most prestigious club in 2016.

So, should you wish to make another nomination – or a first, if you have yet to participate – then please follow this link to our nomination page: http://research.globebmg.com/Nomination/IPHallOfFame

As ever, self-nominations will not be accepted; and neither will nominations clearly made for promotional purposes.

The names of this year’s inductees will be announced in April and they will be formally inducted at this year’s IPBC Global, taking place in Barcelona in June. 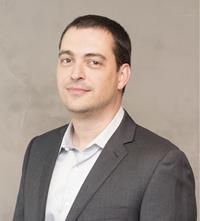