There have been numerous recent court decisions that have had a significant impact on the enforcement of intellectual property in Germany.

Passing-off is a tort in Germany which can be remedied under unfair competition rules. For some time the courts have recognised that the legal standards for passing-off must be different depending on whether the products concerned are directed to consumers or industrial clients. A recent Federal Supreme Court decision concerning industrial sewing machines both confirms and refines the rules on that topic.

The plaintiff had asserted claims for passing-off against five industrial sewing machines, which were almost identical to its own sewing machines in terms of appearance and performance data. All the sewing machines affected carried the defendant’s trademark S, while the plaintiff used the trademark B on its machines. The Court of Appeal had dismissed the action because the industrial clients to which the machines were directed were not subject to any direct misrepresentation of origin because of the defendant’s different trademark. In the court’s opinion, there was also insufficient evidence for indirect deception as to the origin of the machines because there was nothing to indicate that the clients assumed the affected sewing machines were merely sold under the plaintiff’s second trademark. Further, due to the circumstances, it was far from certain that the public would transfer quality expectations to the defendant’s products.

The Federal Supreme Court annulled the challenged judgment and referred the case back to the Court of Appeal. The Court of Appeal had denied both a direct and indirect deception of origin, which went unchallenged by the Supreme Court. The almost complete reproduction of the original sewing machines alone did not justify the assumption of contractual licensing relations between the parties that would have given rise to a finding of indirect deception of origin. The court held that additional indications were needed, such as whether the defendant had previously sold original machines or had been a licensee, which might indicate that industrial customers may be led to believe that the identical reproductions were the result of a licensing contract with the plaintiff. In addition, the Federal Supreme Court held that the Court of Appeal had wrongly denied an exploitation of the reputation of the original machines, which under German unfair competition law is a different kind of tort with different requirements. The court stated that in cases where the original machine had been identically reproduced a strict standard must be applied, because even similarity to well-known features of the original machine could lead customers to transfer expectations of high quality associated with the original to the reproduced (copied) product.

Several aspects of this decision are particularly relevant, including the following:

Unitary subject-matter of a design with different depictions?

In two November 2017 decisions rendered by the Federal Patent Court (which is also in charge of appeals against decisions of the Patent and Trademark Office in nullity matters against a registered national design), the overarching theme of the decisions was the interpretation of a design consisting of depictions that showed differences in the design’s subject matter (ie, a sports helmet and sports glas-ses). In both cases, the Federal Supreme Court rendered its appeal decisions, which were subsequently overruled by the Patent Court.

The first of these two decisions concerned a design consisting of seven slightly different depictions of a sports helmet. The issue was whether the design concerned a unitary subject matter. In this kind of situation, the case law in Germany at the time of this decision stated that the subject matter of a design must be interpreted with regard to an (optional) verbal description, the obligatory identification of the product concerned or the (optional) specification of the class of goods concerned. The leading authority on this issue is a 2012 Federal Supreme Court decision (Decanter). In Sports Helmet, the Federal Patent Court had held that the design in question did in fact concern a unitary subject matter, as all depictions showed the same basic form and only differed in ornamental features on the surface of the product. The court expressly made use of a rule first developed in a 2001 Supreme Court decision Reclining Chairs, which is cited in Decanter, which stated that a potential result of the interpretation may be that a design consisting of several different depictions may still concern a unitary subject matter whose features are the intersection of those features present in all depictions. The patent court held that the basic form of the sports helmet consisted of features present in all depictions.

On appeal from the Patent Court in Sports Helmet, the Federal Supreme Court expressly overruled the 2001 decision Reclining Chairs. The general rule was applied whereby if several representations of a design applied for in an individual application show different embodiments of a product with different characteristics of the appearance of that product, they do not visibly reproduce the appearance of a product. In this case, the design does not reveal a uniform object of protection and is therefore null and void. If the design owner claims design protection for the deviating features, it is no longer permissible to determine a uniform object of protection on the basis of the intersection of the features common to all representations.

The same issue concerned another Federal Patent Court decision (Sports Glasses) rendered on the same day in November 2017, where the differences in the design depictions concerned variations in brightness and contrast of the glasses. In this case, on appeal in 2019 the Federal Supreme Court overruled the Patent Court and held that a design is void if its application is accompanied by black and white photographs in which colour contrasts are represented by a combination of light and dark on one occasion and by a combination of dark and light on the other. In such situation, no unitary object of protection could be found.

In Germany, warning letters in unfair competition matters and matters of IP rights infringement have long been the subject of discussion, since plaintiffs often claim reimbursement of the remuneration they owe their attorneys who represent them in these matters. For many years German courts have held that necessary legal costs for the attorney who has prepared and sent the warning letter must be reimbursed by the addressee of the warning letter if the claims asserted in it are well founded. While this rule still seems justifiable in principle, some creditors and lawyers have come up with ways to abuse it in order to generate as much reimbursement of legal costs as possible. In many unfair competition cases, claims relating to the same or comparable behaviour cannot only be asserted against one infringer, but against many different companies and entities. Sending many almost identical warning letters for almost identical actions to many different addressees may result in multiple claims for reimbursement of legal costs, at least in theory. This has resulted in a phenomenon known as the ‘mass warning letter’, and some attorneys in Germany seem to have specialised in it. Apart from the ‘mass warning letter’ phenomenon, the fact that sending a warning letter may lead to enforceable claims for money has generated a kind of industry consisting of non-profits, lawyers and companies eager to pursue legal claims for unfair competition. Although in many cases the claims behind the warning letters are justified, and non-profits in particular can justifiably argue that they contribute to the public good because they fight unfair competition, one aspect of some warning letters always seems to be to make money.

The current law on the issue in Germany is that claims for unfair competition are inadmissible if, in consideration of all circumstances, they must be regarded as abusive. The courts had previously held that abuse within the meaning of the statute existed where the circumstances indicated that the sending of warning letters was dominated by motives that were not worthy of protection (eg, generating as much as possible in legal fees).

In a recent decision published in December 2018 (Warning Letter Campaign II), the Federal Supreme Court refined the basic rules under which courts should assume that unfair competition claims are abusive. The basic rule under this decision is that an abuse of rights exists in principle if a large number of warning letters result in expenses (ie, legal costs) on the part of the sender, which threaten the existence of the company if seen in relation to its annual profit, and if there is no significant economic interest in the prosecution of the warning letters for that company. The case concerned hundreds of warning letters sent on behalf of a small company which made minimal profits with the products concerned. The addressees of the warning letters were franchise companies of a big hardware store chain, organised as separate companies, and they all concerned the same (rather insignificant) misleading statement about the products concerned. While the sender’s gain from the warning letter campaign was regarded as negligible, the associated legal cost risks amounted to hundreds of thousands of euros, an amount that was also grossly disproportionate in relation to the sender’s annual profits (a mere four-figure sum). In such a situation, the court held that in the absence of any economically significant interest in the pro-secution of a warning-letter campaign, extensive warning-letter activity in relation to commercial activity must be regarded as an indication of an abuse of rights.

Meanwhile, the federal government has put forward a new draft statute redrafting the unfair competition rules regarding the issue of an abuse of warning letters. Under the draft statute, the new situations under which the sending of a warning letter must be assumed to be abusive now includes the situation adjudicated on by the Federal Supreme Court in 2018 in which the scope of the warning-letter campaign is out of proportion to the sender’s own commercial activity in the sector concerned.

A new directive concerning trade secrets, with which the German government has implemented the EU Directive on Trade Secrets, entered into force in Germany on 26 April 2019. The directive now encompasses the entire law on this subject in Germany (eg, civil claims and criminal offences). The general opinion is that the statute complies with the standard set by the directive, although it differs in structure and wording in order to comply with German legal tradition in this respect. Even before the draft statute became law, industry representatives had criticised that the definition of a ‘trade secret’ in the draft sta-tute and the directive necessitates much more active protective measures for a trade secret than before in order to establish it as a trade secret in court. The statute also implements a special procedure in order to protect trade secrets in court. While this special procedure applies only to proceedings where a claim based on the new statute for infringement of a trade secret is asserted, trade secrets arguably need protection in many more different kinds of IP litigation, and it has been argued by practitioners that the special procedure in this statute should, if it proves successful, be transferred to other kinds of IP litigation in Germany. 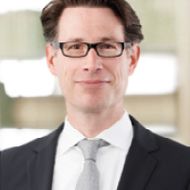