IP due diligence considerations in view of recent US case law 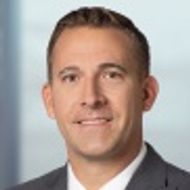 Today, investment in the tech sector is fuelled primarily by the value and assessment of a company’s IP portfolio. Due diligence is critical to this process. Often, the value of an investment or acquisition hinges entirely on the strength of one or more patents or patent applications. While a thorough IP due diligence assessment will focus on IP rights provided by patents, trademarks, copyrights, and internal know-how and trade secrets, the patent portfolio is often most critical to the transaction. While the scope of due diligence often varies depending on the nature of the potential transaction, several key areas include the following:

Regardless of the transaction, at a minimum due diligence should address the ownership of the portfolio, which is often one of the first issues explored. It is important to assess the company’s rights in the portfolio and whether these are free of any encumbrances, allowing for a clean transfer of rights. The assessment of ownership typically includes the following questions:

One issue that is often fact-intensive and difficult to assess is inventorship. Incorrect inventorship may invalidate a patent or result in a third party having the rights to some or all of the patentable subject matter, potentially reducing the value of the patent portfolio. Recent Federal Circuit precedent has shed additional light on inventorship and the factors to be considered during the due diligence process. In the fields of pharmaceuticals and biotechnology, collaboration among professionals at various institutions is common. Counsel reviewing ownership and inventorship of target intellectual property in these areas should carefully assess such collaborative work, including the possibility of unnamed inventors.

In Dana-Farber Cancer Inst Inc v Ono Pharm Co (964 F 3d 1365 (Fed Cir 2020)), three scientists – Honjo, Wood, and Freeman – collaborated in the late 1990s on the role of anti-PD-1 antibodies in the treatment of tumours. In 2002, Honjo filed a patent application (excluding Freeman and Wood as inventors), which ultimately issued with coverage for anti-PD-1 therapeutics. Dana-Farber asserted that Freeman and Wood contributed to the conception of certain claims issued from the patent application filed by Honjo. The Federal Circuit agreed with Dana-Farber, finding that, even though the contributions of Freeman and Wood were early stage and contributed to only part of the conceived invention, they were proper inventors for the patents at issue that arose from Honjo’s application. The Federal Circuit affirmed the district court’s order that the inventorship for the patents at issue be corrected to include both Freeman and Wood as named inventors.

Dana-Farber illustrates how proper vetting of inventorship may have broad consequences on the value of a particular patent portfolio. All that is required to be an inventor is that the person contributes to the conception of at least one of the issued claims. In addition, absent an agreement to the contrary, each joint inventor owns 100% of any patent that issues, which means that each joint inventor can license or sell their rights without the others’ permission, or any requirement that they share in the proceeds of the licensing or sale. Even if a co-inventor only partially contributed to the conception of one claim of the one or more claims in the issued patent, they can license rights to 100% of the claims included in the patent at issue.

Assuming that the co-inventors are under no obligation to assign their rights to a common assignee, this creates a scenario where unrelated (and potentially competing) parties may license or sell their interest to any or all of the claims in the patents in question, potentially driving down the value of the portfolio. In addition, the ability to enforce patents may be adversely affected, as third-party infringers may be able to avoid liability by licensing or acquiring rights to the patents in question from a co-inventor.

A thorough assessment of the ownership of a target company’s patent portfolio is an integral part of the due diligence process. As illustrated by the Dana-Farber case, the possibility of unnamed inventors should be thoroughly investigated. Such information may not be publicly available, but due diligence counsel should carefully review patent applications and early publications related to the patented technology, as these resources may provide some insights into potential collaborators and the possibility of unnamed inventors.