Insurance as a means of minimising IP exposures 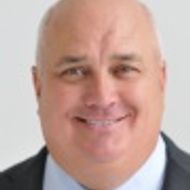 Insurance coverage for IP claims has long been a source of interest, debate and confusion among companies, insurance advisors and underwriters. The potential liability and financial exposure from these claims can be enormous and can jeopardise the very existence of some companies. However, historically insurers have often been reluctant to offer commercially viable insurance protection for this exposure, both because of the volatile nature of the exposure and because companies often choose to embrace, if not aggravate, their IP exposures as part of their strategic plan or operational model. In addition, many companies mistakenly believe that they have coverage for these claims under their standard insurance policies.

For many firms the biggest and therefore most important asset on the balance sheet is their intangible assets, including their intellectual property. Innovation and R&D have long been key to success for companies in most industries. As the economy becomes increasingly global, companies are placing even more emphasis on safeguarding their intellectual property. At the same time there has been a significant rise in the number of IP-related court filings by companies doing business in the United States and internationally. Consider the following:

Recognising the significance of the value of their intellectual property in relation to their core operations, many IP owners, whether operating companies or NPEs (sometimes referred to as ‘patent trolls’), are utilising licensing and enforcement tactics to monetise their IP assets. Accordingly, companies are faced with increased exposure to IP litigation.

This exposure is further heightened when IP disputes are cross-jurisdictional and litigants are faced with varying application and interpretation of IP laws in courts of different countries. For instance, in the United States, litigation strategies may vary based on a judge’s prior management of IP cases, the typical time to trial or legal arguments. In the United States, clients may further be concerned with perceived threats of frivolous lawsuits brought by NPEs and the high costs of litigation. In jurisdictions such as Germany and South Korea, clients may be more concerned with the bifurcated nature of proceedings, which may prolong the dispute and increase costs. In a jurisdiction such as China, where IP laws are undergoing significant revisions, clients may be concerned with the potential for uncertainty in the interpretation of an IP law by relatively uninitiated courts and judges.

With the rise in global IP enforcement and costs associated therewith, an IP dispute can curtail or impede a company’s growth or necessitate a redesign of its products. This is particularly true for technology companies facing threats of litigation from NPEs. However, when utilised appropriately, IP insurance can give the policy holder ease of mind and a distinct advantage in cost-efficiently managing risks from unforeseeable third-party threats and lawsuits.

The insurance marketplace is responding by offering new products that are aimed at addressing a company’s IP exposure. It is critical that the company work with a knowledgeable broker who is familiar with the IP insurance products on the market. It is also important that the risk managers themselves understand the scope of insurance that can be purchased under an IP insurance policy.