Patentees may best enforce their rights by taking the following steps and measures:

No, it is rare for a patent dispute to be resolved through mediation or arbitration for the following reasons:

Q: Who hears patent cases – for example, individual judges, a panel of judges, a mix of judges and technical experts, judges, and juries?

The Taiwan IP Court was established in July 2008 for hearing cases in the IP field (including copyright, trademarks, patents, trade secrets and unfair competition). Since the judges in the IP Court hear only IP cases, and they can assign a Taiwan Intellectual Property Office technical examiner to provide advice on technical issues, high-quality judgments can be expected. To date, the IP Court has 14 experienced judges, some of whom have a technical background.

Yes. In the patent infringement lawsuit, the defendant can raise an invalidity defence and the court will determine whether the patent at issue is invalid or not in the judgment. However, unlike in the administrative proceeding, the invalidity determined by the civil court does not have in rem effect and can only be used against the parties in the lawsuit.

To protect the citizen’s right to litigate under Article 16 of the Constitution, and to reduce the cost of the civil lawsuit, the parties in the first and second instance are not required by law to engage lawyers to represent them. However, as the third-instance court (the Supreme Court) deals only with matters of law, the parties must engage lawyers to represent them.

The forum can be determined by various factors (eg, the domicile of the defendant and the place of infringement). However, since the geographical landscape of Taiwan is limited, parties in a patent litigation rarely do forum shopping and the IP Court is the best option because the IP judges are more experienced and some possess a technical background.

There is no discovery proceeding under the local legal system. In principle, a patentee must collect evidence itself. However, a motion for pre-trial discovery may be granted if the patentee can prove that such discovery is necessary for preserving evidence and there is an emergent situation.

The court may assign technical examiners who may express their opinions on technological matters for the judge’s reference. If both parties are dissatisfied with the technical examiners’ opinions, they may engage their own expert witnesses. The expert witnesses may produce expert reports and attend the hearing to address their opinions for the judge’s further reference.

Yes, the doctrine of equivalents may be applied by courts.

For chemical and biological inventions, the ‘insubstantial difference test’ is instead encouraged, which suggests that a product or method is found to be infringing if a replacement for a corresponding technical element is known to a person having ordinary skill in the art at the time of infringement and the resulting function is also substantially the same.

Defences against infringement under the doctrine of equivalents include prosecution history estoppel, prior art defence and the disclosure-dedication rule, among others.

In evidentiary practice, it is easier to enforce an apparatus claim than a method claim. As an apparatus claim embodies a product, infringement may be immediately asserted by physically presenting the product as evidence. To prove infringement on a claimed method, each and all steps performed by the accused party must be demonstrated, meaning that such evidence is generally difficult to collect.

Allowable types of apparatus claim for software-related inventions are equipment and systems, computer-readable media and computer program products. By obtaining physical storage hardware, which includes software able to execute the steps of the instructions as recited in the patent claim, the software patent may be enforced.

A means-plus-function claim may prove weak in claims construction. In general, an element provided in the form of ‘a means for’ is interpreted narrowly to include the examples described in the patent specification, rather than being expanded to include equivalent scope.

Pharmaceutical patent terms are sometimes extended to make up the non-enforceable time period owing to the time spent on the application for market approval. During the patent’s extended term, enforceability is limited to the verbal scope where the patent claims and the indications specified in the market approval overlap.

As Taiwan has a civil law rather than common law system, the courts are not legally bound by precedent. However, the judges generally respect precedent to avoid their judgments being vacated by the superior court.

The IP Court judges are willing to consider foreign case law, especially when there is no local precedent. Decisions from the United States, Japan and Europe tend to be of referential value.

In a patent infringement lawsuit, most of the defendants will raise an invalidity defence. Since the civil court can determine the invalidity issue by itself, the defendants cannot delay the case by raising an invalidity defence. However, some defendants may try to delay a case by challenging the authenticity of the plaintiff’s documents, raising various arguments on trivial matters or asking for suspension of the hearing with various excuses (eg, sickness or staying abroad). The plaintiff may request that the court disregard the defendant’s frivolous arguments and motion for a default judgment if the defendant keeps making excuses for not attending the hearing.

On average, it takes about seven months.

It depends on the complexity of the case. In general, it takes about US$30,000 to US$50,000 in the first or second instance for a normal patent infringement case.

According to Article 97 of the Patent Act, damages can be calculated in one of the following ways:

The court will grant permanent injunctions as long as the infringement is found by the court, unless the patent has expired when the court issues the judgment.

The losing party may appeal within 15 days after receipt of the first-instance judgment.

On average, it takes about seven months for the appellate court to render a decision.

According to the statistics, between 2008 and 2018, the average winning rate of a patentee was 13.62%. One of the reasons for such a low winning rate is that the patents enforced are likely to be held invalid by the court if the defendant raises an invalidity defence. For example, 72.6% of the invention patents at issue are held to be invalid by the IP court. 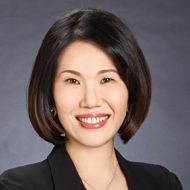 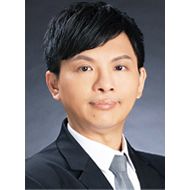