By Rikard Roos and Björn Andersson

Arbitration is available only if there is an agreement between all parties specifying an arbitration clause. Only disputes concerning matters in which the parties may reach a settlement are arbitrable, which means that while patent infringement may be subject to arbitration, patent validity is non-arbitrable.

The level of expertise of the Swedish courts is very high. As the Patent and Market Court is a specialised court, the judgments are well reasoned and based on an understanding of the technical and legal issues.

Typically, yes. Even though issues of validity and infringement are litigated as two individual court proceedings, the court will normally join the cases. The main hearings of the two cases will then be held back-to-back, one directly after the other.

Subject to certain general requirements regarding legal capacity and domicile, anyone can represent a party in a Swedish court case. There are no formal requirements in terms of qualification. However, given the complexity of a typical patent case, a party will normally be represented by a team of lawyers and patent attorneys.

In Sweden, all patent cases are tried by the Patent and Market Court. The court is hosted by the Stockholm District Court. Appeals are tried by the Patent and Market Court of Appeal, hosted by Svea Court of Appeal. This means that there is no room for forum selection in patent matters. The advantage of having these specialised patent courts is that they are composed of both legally trained judges and technical experts skilled in patent law. As such, the parties can generally expect a well-reasoned judgment that addresses both the technical and the legal issues.

There are two instruments available for a patent rights holder in Sweden to obtain information about a suspected infringement prior to trial. The first is the infringement investigation, which can be requested by an owner or licensee if it can be reasonably assumed that an infringement is committed or being attempted. Supported by a court order for an infringement investigation, the Swedish Enforcement Agency can search specific offices, factories or other premises of the alleged infringer to identify and preserve specified evidence of the infringement. As an alternative, the owner or licensee can apply for a court order for disclosure of information, provided that probable cause is shown. A broader range of parties than just the accused infringer can be ordered to disclose information. A court order for disclosure of information can be used to retrieve information about producers, distributors, suppliers and wholesalers, as well as sales prices and quantities of products or services involved in the infringement.

Expert witnesses may, in line with above, carry an important role in proceedings. In fact, witnesses are one of the most important evidentiary means and Swedish courts are inclined to ascribe high evidentiary value to their testimonies. An expert witness may be appointed either by the court or by one of the parties. The principle difference between a ‘witness of fact’ and an ‘expert witness’ is that prior to the main hearing, an expert witness will produce a written expert opinion regarding the matters of which testimony are given (ie, the expertise of the witness). When the expert witness is appointed, essentially the same rules apply as for a witness of fact. Swedish procedural law does not allow a witness to attend the hearing prior to giving testimony, which means that in general experts are not allowed to be heard at a witness conference. However, if the parties are in agreement with respect to how the experts will be heard, this is usually accepted by the court. According to the Code of Judicial Procedure, a party to the proceedings cannot act as a witness. Instead, a party may testify under truth affirmation. Expert evidence is particularly important in Swedish proceedings to establish common general knowledge and how to interpret various prior arts and disclosures.

From a Swedish standpoint, equivalence interpretation has been considered allowed by the courts to a limited extent in accordance with the protocol to Article 69 of the European Patent Convention (EPC). The assessment of the scope of protection conferred by a patent involves the two principal steps of:

Swedish patent law is intended to be harmonised with EPO practice, so all granted European patents should be enforceable in Sweden. In the case of software-related inventions, the Swedish courts have followed the EPO standards of patentability. This means that claims directed to a computer program product are enforceable. However, it also means that the validity of business method patents may be difficult to defend after the EPO developed its practice of non-technical hindsight.

The courts are not obliged to consider previous cases that have covered issues similar to those pertaining to a dispute. The legal system of Sweden is sometimes included among civil law systems, but as a separate branch, and sometimes counted as separate from the civil law tradition. Case law plays a more important role in Sweden than in some of the continental civil law systems. Courts in Sweden are not formally bound by previous decisions, but in practice the courts normally follow the decisions of a higher court. The highest court – the Supreme Court – has the right to set precedent which is, in practice, binding on all future application of the law.

In Swedish proceedings, it is common for parties to refer to decisions or opinions of foreign courts relating to foreign counterparts in infringement or invalidity lawsuits. The Swedish courts are not bound by such decisions or opinions. However, if there is a well-reasoned foreign decision based on facts that are comparable to those of the Swedish case, it can be assumed that this will have some influence. It is difficult to say whether decisions from any particular jurisdiction are regarded as more persuasive than others. Swedish courts frequently refer to EPO Board of Appeal decisions and the EPO Guidelines for Examination, based on the argument that Swedish patent law is intended to be harmonised with the EPC.

A party seeking to delay court proceedings may reply late, repeatedly ask for time extensions, and continually add new arguments, facts and evidence. While such behaviour could slow down the process, it may in some proceedings prove to be a risky tactic. For reasons of procedural efficiency, the court may order that no new matter from an obstructing party will be considered. On the other hand, the risk of facing such an order is relatively low in practice. If a defendant seeks to delay a case they can do so relatively simply. Delaying may sometimes result in lost credibility. If the obstructing party is deemed to have been negligent, this might be reflected in the litigation costs. The plaintiff can counter this by requesting the court speed up the procedure. However, no formal measure to request accelerated proceedings is available.

A preliminary injunction may be granted if the following conditions are fulfilled:

The court will issue an interim decision, having assessed whether the preliminary injunction is proportional and weighing the plaintiff’s interest against the potential loss to the defendant. If the defendant has filed a revocation counterclaim, the court will consider whether it is likely that the patent will be revoked. (However, there is a strong presumption that granted patents are valid.) Preliminary injunctions are normally decided following written correspondence between the parties without oral hearing.

First-instance proceedings are typically completed within two years, but they may be somewhat longer in complex lawsuits (eg, within pharma). The Patent and Market Court has, since its establishment, expressly striven to adjudicate cases faster.

The litigation costs vary a lot depending on the complexity of the case and the need for appointment and hearing of technical experts and witness. In pharma litigation, invalidity cases are typically more expensive than corresponding infringement cases. In general, the cost to take a case through to a decision at first instance will range between €100,000 and €600,000.

The winning party’s costs are, in principle, fully recoverable from the losing party, if deemed justified by the court.

Typical remedies are damages and injunctions associated with a penalty in the form of a fine. Damages are calculated as a reasonable royalty. Damages may be awarded to compensate for further loss. Infringing articles must be withdrawn from the market and the court may order their destruction. In addition, the winning party may request that the losing party pay for publication of the judgment.

The chances of obtaining leave to appeal are high.

The decision on leave to appeal can take a few months. The duration of the appeal proceedings depends on the complexity of the case, but is usually between one and two years.

Patent cases can be appealed to the Supreme Court, but the chances of being granted leave to appeal are low.

The Swedish patent courts have a reputation for being fair.

An alternative that can be considered is a separate action using customs control. Swedish Customs can be contacted to seize suspected infringing goods. 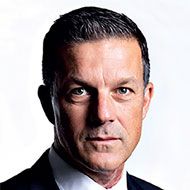 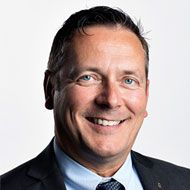