The most common way to enforce a patent in Japan is through litigation in court. Litigation results in either a final and binding decision by the court or a settlement recommended by the court. According to recent statistics, about 60% of patent infringement actions were concluded by settlement before the courts.

Mediation and arbitration are gaining popularity as alternative dispute resolution systems in Japan, but they are currently not commonly used to litigate patent infringement cases.

Q: Who hears patent cases – for example, individual judges, a panel of judges, a mix
of judges and technical experts, judges,
and juries?

In the Supreme Court, a panel of five justices hear patent cases that have been appealed from the Intellectual Property High Court.

In general, a high level of expertise can be expected from the courts in properly handling the case and its proceedings.

Validity and infringement are examined and determined simultaneously. Typically, the court first looks into infringement and validity before moving on to the calculation of damages (if the patentee has brought a damages claim).

Although a court can declare that a patent should be invalidated, the defendant must bring a separate action before the Japan Patent Office (JPO) to actually invalidate it. A JPO decision can be appealed before the Intellectual Property High Court.

There is little room for forum selection in patent litigation in Japan due to statutory exclusive jurisdiction that would dictate the forum of instituting a suit.

The Tokyo District Court and the Osaka District Court are the first-instance courts and have exclusive jurisdiction to try patent infringement cases that could have otherwise been filed with a court located in the eastern or western half of Japan, respectively. The Intellectual Property High Court, which is a special branch of the Tokyo High Court, has exclusive jurisdiction:

Japan does not have a pre-trial discovery system. However, a party to a pending or potential lawsuit can file a petition for preservation of evidence, which would be granted if the court finds that using the evidence would possibly become difficult in the future if it does not preserve the evidence (eg, due to lapse of time or through destruction by the counterparty).

If a petition is granted, judges, as well as some court clerks and attorneys representing the petitioning party, visit the locations onsite (eg, a factory). The judges and court clerks inspect the relevant data or documents and record their contents.

In typical patent infringement cases, almost all evidence is submitted by the parties in written form; it is extremely rare for courts to conduct witness examinations.

However, the panels of judges sometimes ask the attorneys for both parties to make a non-evidential presentation on their allegations on the technological aspects of the case to facilitate the court’s understanding of the relevant technology.

Parties rarely bring expert witnesses to court proceedings in patent cases, although they can submit written statements by technical experts as written evidence.

Q: Is the doctrine of equivalents applied by courts in your jurisdiction and, if so, what form does
it take?

There are no particular issues or special requirements to enforce certain types of patent in Japan. Unlike some other jurisdictions, inventions regarding biotechnology, business methods or software are patentable so long as they satisfy the general requirements for patentability.

Q: To what extent are courts obligated to consider previous cases that have covered issues similar to those pertaining to a dispute?

Since Japan is not a common law country, courts are not statutorily obliged to consider or follow decisions rendered in previous cases that have covered similar issues. However, in practice, district courts and the Intellectual Property High Court follow decisions of the Supreme Court on similar legal issues, and district courts also tend to follow Intellectual Property High Court decisions.

In general, courts are unwilling to consider how the same or similar cases have been resolved in other jurisdictions unless a case involves an international background or context.

One recent example of such a case with an international nature is a lawsuit heard by the Intellectual Property High Court in which the permissibility of exercising a patent subject to a FRAND declaration was at issue.

When a court determines a deadline for a brief, the defendants’ attorney can negotiate with the court to delay the deadline on several grounds; for example, they may argue that they need to interview many parties concerned. Plaintiffs may insist that the proceedings should be expedited, but it is ultimately left to the panel’s discretion.

If a complaint is not clear enough, defendants may submit a request for clarification, which (if accepted by the court) allows defendants to earn some time for the preparation of their arguments. If there are reasonable grounds to do so, defendants may also challenge the jurisdiction (especially international jurisdiction) of the court, which would delay examinations of the merits.

Courts issue a preliminary injunction if they find that:

In many cases, preliminary injunctions are issued on the condition that the petitioner provides a bond determined by the courts.

In patent infringement cases, for a preliminary to be successful, substantially the same level of proof on the merits of the case would be required as in normal litigation.

Plaintiffs sometimes file a petition for a preliminary injunction after the court discloses in the main lawsuit its tentative findings that the patent is valid and infringed. Courts are willing to grant a preliminary injunction in such a situation. This strategy is effective, particularly in persuading the defendant to agree to a settlement in court proceedings.

It takes approximately one to two years from filing the case to get a final decision at first instance. If a case is especially complex, the timescale may be longer.

The filing fee (stamp fee) differs depending on the scale and instance of the case. For example, when instituting a suit at the Tokyo or Osaka District Court seeking damages of Y100 million, the filing fee would be Y320,000.

Attorneys’ fees for preparation and appearances at the first-instance court vary, depending on what arrangement is in place with the law firm and the complexity of the case. Fees can reach Y10 million or more.

Other filing and court costs, such as stamp fees and allowances for witnesses, are recoverable from the losing party in accordance with the courts’ rules. The winning party must initiate a separate proceeding to calculate the amount of those costs.

The available remedies are:

If a dispute is resolved by a settlement in court proceedings, parties may include more amicable and constructive arrangements, such as a limited licence by the patentee-plaintiff or a payment of damages in instalments.

In principle, courts award damages that have a legally sufficient causal relationship with the infringement. However, in light of the difficulties of calculating damages, the Patent Act provides three methods that can be utilised for calculating damages, and in most cases plaintiffs rely on one or a combination thereof.

If the court finds validity and infringement of the patent, it will grant a permanent injunction unless there is a special reason to restrict injunctions (eg, abuse of right).

The losing party may appeal a district court decision to the Intellectual Property High Court as of right.

In general, it takes approximately six months from filing an appeal to obtain a final decision from the Intellectual Property High Court. Some cases take one year or more because a panel of the court may ask the parties to submit supplemental arguments and evidence for a more thorough review.

The losing party may appeal an Intellectual Property High Court decision to the Supreme Court if the decision contradicts the Constitution or there is a serious defect in the proceedings (eg, unlawful constitution of the panel).

The losing party may petition the Supreme Court to allow an appeal at its discretion if the decision at the second-instance court contradicts prior decisions rendered by the Supreme Court (or by a high court if there is no Supreme Court decision) or the case otherwise contains important legal issues.

The courts in Japan are generally considered to take a non-judgmental attitude towards patentees and alleged infringers. However, there have been a series of legislative amendments to help patentees achieve their rights in court proceedings, including refining damages-calculation methods and enhancing evidence-gathering measures.

If an infringer’s products are being imported into or exported out of Japan, the patentee can file a petition for suspension of importation or exportation before the Japan Customs. Customs refers the matter to a panel of three experts (typically attorneys at law and patent attorneys) to review the case and render its decision in accordance with the panel’s opinion and recommendation on whether to grant the petition, stay the case or dismiss the petition. Typically, it takes around six months to obtain a decision from Customs, which is a shorter time than it takes to get a court decision. 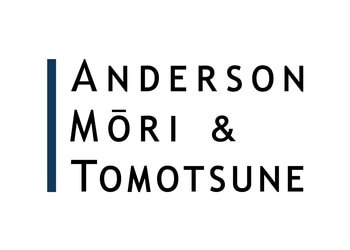 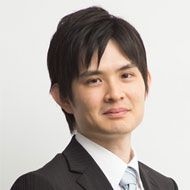 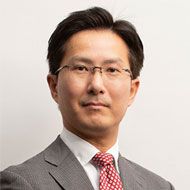 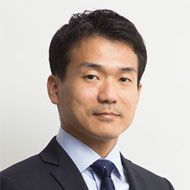 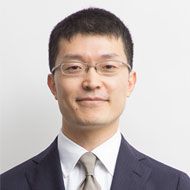