IP rights are temporary exclusive rights granted to innovators to protect their investments. Patents and other IP rights play an increasingly prominent role in the knowledge-based economy, especially in market competition. When each competitor’s product must interoperate with other competitors’ products, it is typical for all competitors to adopt a single technology standard, defined by a set of patents that are essential to that standard. Because such patents are necessary to implement the standard, their owners commit to licensing them under FRAND terms and conditions. Patent owners and implementers of technology standards often dispute whether the terms and conditions offered by a patent owner are FRAND. This chapter summarises our experiences in recent cases involving disputes at the intersection between FRAND-related patent licensing issues and international trade, in the context of competition and IP rights protection developments in China.

The FRAND commitment arose out of concerns that SEP owners will engage in ‘hold-up’. In this context, ‘hold-up’ means that an SEP owner could demand unreasonable licensing terms after an implementer has invested in products that ‘implement the standard’ and therefore require use of the patent. To prevent hold-up, standard development organisations require that an innovator who contributes a patent to a technical standard must commit to license it on FRAND terms and conditions (European Telecommunications Standards Institute (ETSI) IP Rights Policy, ‘IPR Information Statement and Licensing Declaration’ and Clause 6.1.)

Implementers often argue that, because of hold-up, the prices that innovators offer for their licences are excessive and therefore violate the FRAND commitment. Despite their frequency, these arguments never define a legal or economic benchmark for proving when hold-up exists (Jonathan D Putnam, ‘Economic Determinations in ‘FRAND Rate-Setting: A Guide for the Perplexed’, 41 Fordham International Law Journal 953 (2018)).

Empirically, the FRAND commitment has been widely misinterpreted in ways that favour standard implementers. In determining whether a patentee’s licence offer is FRAND, implementers (and some courts) assert that:

Each of these assertions is false.

First, as a contractual matter, ETSI requires the SEP owner to commit to be prepared to license on FRAND terms and conditions – not to a FRAND rate. In actual contracts that courts have found to comply with the ETSI FRAND commitment, some of the other contractual variables that determine the royalty payment include:

Similarly, a licensee with a running payment of 1 per unit will pay 100 over the course of the agreement if it sells 100 units. Another licensee, who also expects to sell 100 units, might propose a fixed payment instead. But the second licensee might only pay 75 in royalties, because it pays them in advance. Because the SEP owner is exposed to less risk, they are willing to accept a lower royalty payment. This is not discrimination; it is trading off one contract term (the allocation of risk) against another (total payment).

Given these and many other interactions among licence terms, it is not possible to accurately compare one licence with another, either using a single term of the contract or using an average royalty per unit (which is not found in any contract). The licensor has committed to offer (multiple) FRAND terms and conditions, not a (single) FRAND rate. Without deeper economic analysis, it is impossible to compare multiple contract terms using a single variable.

Implementers can manufacture standard-compliant devices without any commitment to pay for the standardised technology. Hold-out occurs when firms implement standardised technology without taking a licence to essential patents. Hold-out places the burden of enforcing the ETSI IP rights policy on licensors, therefore turning the implementer’s obligation (“to contact directly the patent owner … to obtain permission to use patents declared as essential to ETSI’s standards”) on its head.

In the telecoms industry, the cellular handsets embody thousands of SEPs. In reviewing licence agreements, we have repeatedly found that standard implementers have no licence for many, and in some cases all, SEPs. For many implementers, this failure reflects a deliberate strategy to obtain competitive advantage over licensed competitors whose costs are higher. Such cost distortion introduces distortions to the market equilibrium and imposes clear, measurable costs on both licensors and licensed implementers.

The first cost of systematic hold-out is that a hold-out firm’s cost advantage diverts sales from licensed firms to itself. On such diverted sales, the licensor receives no royalties. In addition, this diversion to unlicensed firms puts competitive pressure on licensed firms, which in turn induces actual and prospective licensees to demand lower royalties from the licensor, or even to seek a refund of past royalty payments, to better compete with unlicensed firms.

Third, a hold-out firm’s artificially low price and excess sales mean that its past revenues will not cover the full cost of the royalties it owes for past sales. This inability to pay the accumulated obligation means that, in subsequent negotiations, the hold-out firm will argue that it cannot execute a licence unless the licensor reduces the past obligation. Of course, the prospect of a discount on past sales induces further hold-out, which converts fully burdened future sales into discounted past sales. If granted, such discounts have a ripple effect: if a prospective licensee knows that the licensor has given discounts to others, the prospective licensee not only has an incentive to hold out, but also to demand non-discriminatory treatment under the licensor’s FRAND commitment.

Finally, hold-out deprives the licensor of the use of funds during the hold-out period. Even in the unlikely event that the past obligation is fully paid, it is in effect an interest-free loan from the licensor to the licensee, sometimes lasting many years.

All these market distortions violate principles of free and fair international trade, but while the immediate effects (ie, distorted prices and market shares) are relatively easy to describe, the long-term effects on market evolution are less clear.

To draw a clearer picture of the performance over time of implementers and innovations in the telecoms industry, we have analysed the evolution of product market shares and SEPs for key players between the introduction of the 2G and 4G standards. The result of this analysis shows that prominent 2G innovators (eg, Nokia, Ericsson and Motorola) used to have significant product market shares. Partly because of hold-out and distorted international trade, their investments in research and development as reflected by their shares of SEPs, were not fully compensated. Over time, their product market shares depreciated significantly in the 4G market, or vanished entirely.

In contrast, there is growing market power among Chinese and other Asian manufacturers that have also started to play a leading role in innovation and standard development (particularly in 5G). Like Japan, Korea and other ‘Asian tigers’ before it, China is in the process of making the transition from net technology importer to net innovator. This means that Chinese innovators will become the licensors (or the net payees in cross-licences) who bear the FRAND obligation in SEP licensing. As part of the industry’s continuing development, the less profitable and labour-intensive activities (eg, manufacturing) will start to shift production to countries outside of China, such as those in southeast Asia.

In some recent FRAND litigation cases in the telecoms industry, a number of implementers in Asia have been accused of not negotiating FRAND terms with Western innovators. If the international trade distortions that have been identified persist, innovators in China will suffer the same incomplete compensation as Western innovators.

In the past few years, the establishment of a Chinese IP court and the US-China trade talks have brought IP protection centre stage. The Chinese government has committed to improve its protection and regulation of intellectual property. Recently, as part of its efforts to crack down on IP theft, China issued IP protection guidelines (‘Opinions on Strengthening Protections of Intellectual Property Rights’, 2019). These guidelines propose raising penalties on violations of IP rights and, potentially, to reduce the thresholds for criminal punishment of those who steal intellectual property.

Besides pressure from the trade talks, one fundamental reason for strengthening IP rights protection is the deep relationship between intellectual property and competition, especially in the context of antitrust enforcement. As we explain below with reference to Qualcomm, even though IP licensing agreements are generally pro-competitive, they may raise anti-competitive concerns that adversely affect prices, quantities, qualities or varieties of goods in the product market. In 2017, China’s antitrust enforcers announced the ‘Antitrust Guidelines on Abuse of Intellectual Property Rights (Consultation Draft)’, based on input from a number of state agencies. These guidelines not only highlight the role that IP rights play in an antitrust regulation, but also improve the transparency of antitrust law enforcement and provide clearer, more reasonable expectations for the exercise of IP rights in a competitive environment.

In prior SEP cases in China (eg, Huawei-InterDigital), SEP owners were found to have dominant market positions, which could signify – incorrectly – that all SEP owners necessarily possess extensive market power. The new guidelines specifically highlight the factors to be considered in evaluating the competitive position of SEP owners. According to the guidelines, at least five factors should be assessed carefully:

Because of these specific requirements, the evaluation process necessarily involves specialists, such as economists and technical experts, who have significant experience in SEP issues, the analysis of FRAND commitments, and the competitive impact of IP licensing practices.

Lessons from the Qualcomm litigations

As is well-known, the IP licensing practices of Qualcomm (the leading manufacturer of cellular chipsets) have been under attack by certain antitrust agencies, including the US Federal Trade Commission. They have been joined by a leading producer of cellular handsets, Apple, which (not coincidentally) is also one of the largest payors of royalties to Qualcomm. While the theories of competitive harm vary, the basic claim is that Qualcomm charges excessive royalties for its SEPs. If true, this claim would imply that international trade had been distorted in yet another direction, by causing purchasers of Qualcomm chipsets, and the cellular devices that contain them, to pay too much and to overcompensate a prominent Western innovator.

If these antitrust and FRAND complaints are of any indication, China will have a difficult time applying its new antitrust guidelines in a consistent and rigorous manner. Unlike most such claims, the antitrust suits against Qualcomm have been unable to articulate any theory of the price Qualcomm ought to have charged for its SEPs; that price is simply excessive. Experts for the Federal Trade Commission and Apple did not analyse Qualcomm licences at all; instead, they analysed Apple licences, asserting that Qualcomm’s proposed price was too high in relation to what Apple paid for other SEPs. Of course, Apple has significant market power of its own, so the price that Apple pays is not likely to be representative of market prices generally, and does not indicate whether Qualcomm’s price is reasonable. These experts repeated many errors, such as computing and comparing a single FRAND rate with complex agreements having many terms.

Perhaps more fundamentally, our research shows that consumers’ willingness to pay for standard-essential technology is significantly greater than antitrust agencies, and large implementers have been willing to concede. This means that the fair market value of SEPs is also significantly greater.

If China hopes to enforce its new antitrust guidelines consistently, and to do so in a way that promotes free and fair international trade, it will have to employ better methods than those employed in the US litigations against Qualcomm. As long as antitrust agencies only recognise an injury to competition when prices are too high, and not when prices are too low, they will add to the problem of distorted prices and reinforce the distortions of international trade that follow. 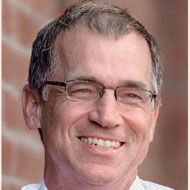