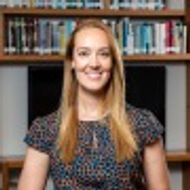 The National Institute of Industrial Property (INPI) has issued its first Manual for Industrial Designs, which consolidates guidelines and examination proceedings for industrial design applications. It came into force on 9 March 2019 and provides significant guidance for examiners and attorneys as well as general users of the industrial design system.

In Brazil, registering an industrial design protects the “ornamental plastic form of an object or the ornamental set of lines and colours that may be applied to a product, which provides a new and original visual result in its external configuration, which serves as model for industrial manufacture”. Protection lasts for 10 years and can be extended three times for a period of five years each.

Further, the applicable legislation states that an industrial design must refer to a single object, but permits multiple variations, provided that they are intended for the same purpose and contain the same distinctive feature. Each request is limited to 20 variations.

A design is not considered registrable in Brazil if it is:

An industrial design application must show the assembled object as well as its external ornamental form against an absolutely neutral background. Exploded and cross-sectional views of an object are not allowed, for they do not adequately show its ornamental features or show the essentially technical elements.

Drawings or photos must not contain marks or logos, even when the sign is partially reproduced.

INPI will accept images of 3D objects that include merely illustrative elements, provided that they complement the images of the object. They must be drawn in dotted lines.

Ornamental patterns on a product (2D protection) can be protected in two ways:

Moreover, INPI has expressed its views on controversial issues with regard to priority rights and the protection of parts of objects.

Although a part of an object is not explicitly excluded from protection, such protection can be acquired in specific cases only.

INPI has stated that parts of an object can be protected in specific cases. If a part cannot be considered independent, then it does not constitute the plastic form of an object, which violates Article 95 of the Industrial Property Law (9,279/96). In this case, INPI can issue an office action requesting that the applicant submits images of the entire object and replace the dotted lines with solid ones.

Therefore, parts of an object can be protected, provided that they have their own features (ie, they have a completely defined physical form, are detachable from the main object and are independently manufactured and marked).

As to maintaining priority rights, INPI has clarified that if an object has separate elements, these should be incorporated into the object claimed in the national application by submitting images in solid lines, which means that the separate parts function independently. Further, all views of the object (ie, perspective, side, top, bottom, rear and front) must be presented.