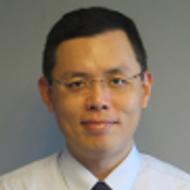 Trade secret protection is a significant issue for business owners today. Among the challenges that a trade secret holder may face when seeking judicial remedy, it is crucial that the legal requirements of what constitutes a trade secret are met. Recent developments in IP court practice make it easier for a trade secret holder to protect its intangible assets under the Trade Secret Act, as well as the Criminal Code.

On 2 May 2019 the IP Court handed down its judgment in the 2019 Hsing-Zhi-Shang-Yi-Zhi case, holding that the connotation of ‘commercial or industrial secrets’ and ‘trade secrets’ are not exactly the same, so the definition of a ‘trade secret’ under the Trade Secrets Act does not limit the application of a commercial or industrial secret under Article 317 of the Criminal Code.

The defendant was an engineer who worked  in a corporation from 19 August 2015 to 5 December 2016. In order to manage and control the schedule for projects, this company created an engineering management sheet. The defendant was familiar with the management sheet, which was the company’s commercial/industrial secret, and was bound by confidentiality pursuant to their employment contract. However, without consent, the defendant used Line (communication software) to take pictures of the 2016-April-8-tabulated engineering management sheet and sent these to C, the person in charge of a telecommunication engineering firm, the downstream sub-contractor vendor of the corporation, thus  leaking the commercial/industrial secrets.

There is no definition of a ‘commercial or industrial secret’ under Article 317 of the Criminal Code. Previous cases have held that commercial or industrial secrets are secret or confidential facts, events, products or data in industry or in commerce, which cannot be accessed by outsiders, in order to protect the entity’s economic benefits. However, according to the Trade Secrets Act, trade secrets must meet the following criteria:

In Taiwan, information that contains secret or confidential facts, events, products or data in industry or in commerce can be protected under the Trade Secret Act. Where the information does not meet the requirements of trade secrets under the Trade Secrets Act, it may still qualify for protection under the Criminal Code. Trade secret holders should be aware of the different legal weapons that they can use to protect their intangible assets.