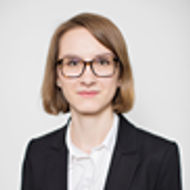 A few years ago, a top brand could not imagine an advertising campaign without a celebrity face. Today, marketing specialists tell us that the future is all about influencers – individuals who build a loyal online audience through social media platforms and blogs. The reach, viability and impact of this new form of marketing has led to its rapid growth. In Russia alone, $45.5 million was invested in influencer marketing in 2017, with most brand collaborations taking place on YouTube and Instagram. It is particularly effective in marketing luxury products to young people. According to a recent report, almost half of all Russian millennials use blogs and social media to learn about luxury brands.

Typical of new developments, influencer marketing has raised many questions among brand owners, as well as legal concerns. This is especially true in Russia, where laws support a broad interpretation of advertising and discourage indirect advertisements.

The main concern for most brand owners operating in Russia is how influencer-promoted content will be perceived by local legal authorities. According to the Russian law, an ‘advertisement’ is defined as “information disseminated in any form and on any medium addressed to the general public with the aim of drawing attention to, promoting, or forming or maintaining interest in a product, brand or company”. Indirect advertising (ie, advertising not consciously perceived by consumers as such) is generally prohibited because it can be manipulative. The only exception is when the object of advertising does not attract attention and rather acts as a part of the background, such as some types of product placements in films or TV shows.

What constitutes indirect advertising is decided on a case-by-case basis by the Federal Anti-monopoly Service (FAS). This is entitled to issue orders to rectify violations, initiate and review administrative cases and impose administrative fines of up to $7,500. Further, its decisions can be appealed in court.

If the FAS identifies an indirect advertisement, the brand may share liability with the influencer in cases where they both take part in producing the social media content and, by extension, serve as the advertising producers. In cases of unfair and false advertising, both the brand and the influencer may be liable.

However, if the brand does not have a legal presence in Russia (ie, it is not registered as a business there), no administrative fine can be enforced.

In the absence of common administrative or court practice related to influencer marketing in Russia, there are certain tactics that brand owners can utilise to minimise risks:

All of this may seem like a great burden for brands. However, Russian enforcement authorities pay little attention to advertising through private social media accounts. This decreases the practical risk of liability for the brand and the influencer, at least for the time being.