India and Japan inaugurated a Patent Prosecution Highway scheme last week, but it will be one-way traffic when it comes to pharma rights. Read more here

The next generation of mobile communication looks set to kick off a technological revolution. Understanding the IP terrain will be crucial for those companies seeking to profit. Read more here

Healthcare and pharma was once again the busiest sector for patent deals in the third quarter in the US, as it and a trio of other sectors dominated activity. Read more here

IAM looks at the trends – in terms of the patent dance, IP thickets, settlements and decisions – that have shaped US biosimilars disputes. Read more here

How the threat of unsold right, the rise of the in-house dealmaker and a revolution in analytics are re-engineering the IP deals market. Read more here

Agreement with Gett sees around 40 assets transferred to Lyft continuing a busy period of IP dealmaking for the ride-sharing company. Read more here

Shenzhen-based NPE with links to Huawei is still on the attack in China but doesn’t appear to have launched new campaigns against foreign firms. Read more here

In patent auctions this month and next, Seoul Semiconductors is offering two radically different portfolios – and a range of businesses could be making bids. Read more here

In addition to the big names, the LOT Network is attracting China-focused companies that have never faced assertion in US courts. Read more here

Solicitor General’s Hikma opinion means that life sciences innovators may have to place their hopes on the Athena petition for a SCOTUS review of patent eligibility standards. Read more here

A tricky jobs market is leaving licensing professionals in the US with fewer options to build their careers and take senior roles. Read more here

Prospects for US legislation on patent eligibility may have dimmed, but that does not mean that IP owners should take their eyes off events in Washington DC. Read more here 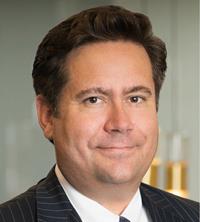