Everything we covered on IAM over the last seven days – and all you need to know from the global IP market to set yourself up for the start of another busy week ...

Firms welcomed tougher measures against infringers at IPBC Korea 2019, but there are concerns about an initiative to attract more foreign litigants through English language hearings. Read more here

With the outline of a proposed subject matter eligibility bill expected this month a CAFC decision knocking out another medical diagnostics patent ratchets up pressure for Congressional action. Read more here

The high invalidation rate for life science patents in China has created a headache for drug companies and a money-making opportunity for so-called ‘reverse patent trolls’. Read more here

US patent applicants now have a wider range of choices. From opting to pursue a fast track to deferred examination, they can tailor their prosecution strategy to suit their business needs. Read more here

As litigation continues to unfold between Apple and Fortress over former Inventergy and Uniloc patents. the investment giant has the kind of capital needed for a prolonged fight. Read more here

Uber’s head of IP reveals how his role has changed, how he handled the transition from in-house to private practice - and back, and how he thinks IP strategy is set to evolve. Read more here

Japanese OEM Funai completed a big patent acquisition from Lexmark in 2013 to boost its inkjet business, and a new deal suggests it wants to get more money out of those 1,500 assets. Read more here

In a period of marked change at the PTAB, early numbers suggest the Supreme Court’s landmark SAS decision is leading to greater discretion among petitioners. Read more here

After Toyota’s announcement that it will make 24,000 patents available for licensing royalty-free, we look at its assets reading on vehicle-electrification technologies. Read more here

Attorneys say the EPO’s president has no legal basis for asking the Enlarged Board of Appeal to review the finding that plants produced by biological processes are patentable. Read more here

In a major breakthrough for Avanci, two of Germany's most iconic motor marques – Audi and Porsche - agree to pay royalties to access the patents it offers. Read more here 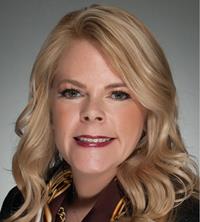