As usual, late December saw a flurry of IP policy developments in China - a new court, a major trade deal and much more. Read more here

Still recovering from an extraordinary 2020, the IAM editorial team risks its collective reputation to predict what the big IP developments of 2021 are likely to be. Read more here

US patent lawsuits rose in 2020 after several years of decline, while data also highlights the steeper challenge that petitioners face in getting an IPR instituted. Read more here

Everything you need to know about the anti-suit injunction that Samsung secured from a Wuhan court against Ericsson on Christmas Day. Read more here

Exclusive analysis shows that companies could save hundreds of millions of dollars a year by abandoning the low-quality patents in their portfolios. Read more here

The latest significant FRAND ruling out of the Delhi High Court, in a case between InterDigital and Xiaomi, gives in-house reps access to confidential information, including past licence agreements. Read more here

Exclusive data analysis of Apple’s activities on the US secondary patent market show that the iPhone giant has made huge investments over the last decade. Read more here

The top five users of the PTAB – Alphabet, Apple, Microsoft, Samsung and Unified Patents – have very different success rates when measured on a per petition, per patent and per claim basis. Read more here 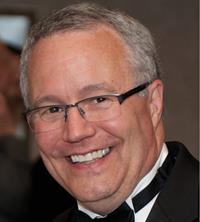