All the action from IPBC Asia 2018; a big-name Google patent departure; deep dive into Boston Scientific and BTG portfolios; plus much more

It was a busy week for the IAM editorial team as we reported live – and in front of the paywall - from this year’s IPBC Asia in Shanghai. Other pieces covered big developments in three continents. All articles here …

New research highlights the growth in Facebook’s portfolio and the extent of its own patent filing strategy. Read more here

The Chinese government has explained that serious patent infringers could be blacklisted, with penalties ranging from borrowing restrictions to air travel bans. Read more here

A top Google dealmaker’s move to a biotech start-up is further evidence of the narrowing IP strategy gap between high-tech and the life sciences. Read more here

A closed door meeting on Capitol Hill looks to set the agenda for patent legislation in the next Congress, but any attempts at 101 reform have a Silicon Valley-sized problem to tackle. Read more here

An in-depth analysis of the Boston Scientific and BTG patent portfolios following the announcement of the former’s proposed $4 billion acquisition of the latter. Read more here 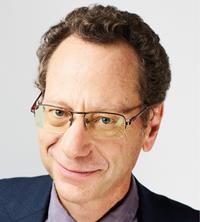