ITRI spin-off Personal Genomics is going after an acquisition target of Illumina, the top player in the sequencing space. Read more here

An ITC injunction is the potential prize for Globalfoundries in litigation action against TSMC that also sees the likes of Apple, Broadcom, NVIDIA and Cisco targeted. Read more here

A trade accord has been agreed in principle between the EU and Mercosur, but political controversies around issues such as data protection and SPCs mean that the deal is not yet sealed. Read more here

Largan, the Taiwanese maker of smartphone lenses, is now wielding patents against not just a rival supplier but its end customer HP. Read more here

New PTAB cases drop by over a fifth year-on-year, according to the latest data, while US district court litigation also continues its decline. Read more here

Investing in patents may be necessary for early-stage businesses, but there are plenty of circumstances when the money is better spent elsewhere. Read more here

TSMC hits back against Globalfoundries with countersuits in the US, Germany and Singapore. The dispute highlights the Lion City’s attempts to lure more cases with legal reforms. Read more here

The impact of Oracle v Google on the software industry may not be as great as many fear, says senior Microsoft IP executive. Read more here

KT Corp does patent deal with Samsung in sales push to operating companies having previously focused on divestments to the NPE sector. Read more here

A steep patent cliff in 2012 forced AstraZeneca to rethink its entire operation – and the results have shown the right calls were made. Read more here 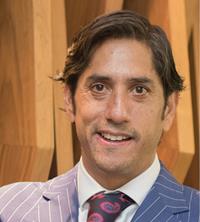