PARC is renowned as an innovation pioneer but not as a patent asserter, so three infringement suits it has recently launched against Facebook, Snap and Twitter are noteworthy. Read more here

Chinese mobile device makers say a string of major SEP rulings throughout the middle part of 2020 have had a significant impact on FRAND negotiation dynamics. Read more here

The European Commission will push for greater harmonisation of the EU’s SPC system to go together with the implementation of the UPC agreement. Read more here

Conversant has agreed a patent licensing deal with Tesla, ending litigation between the pair in the Western District of Texas and the Mannheim Regional Court in Germany. Read more here

With suits in Delhi against Xiaomi and Vivo, Philips is betting on Indian courts in its expanding campaign to license wireless SEPs to Chinese mobile makers. Read more here

Xperi’s president of IP licensing has said that it still plans to spin off its IP business, just weeks after announcing the settlement of a long-running dispute with Comcast. Read more here

Chinese leader Xi Jinping has made a speech dedicated entirely to IP policies at a meeting of the Communist Party’s Politburo. Read more here

Detailed analysis of representative firms in EPO opposition proceedings shows that while some tend to specialise in certain technologies, others act across a wider range of IPC sections. Read more here

In an exclusive interview, BIO’s IP head expresses concerns over a shift in federal government patent strategy and argues that public research funding is not a commercial investment. Read more here

Patent sales deals have dropped to their lowest level since 2018 in the US, while the number of assets changing hands also fell compared with the first six months of 2020. Read more here

In a case involving Oppo and Sharp, the Shenzhen Intermediate People’s Court has becoming the first in China to agree to set a global FRAND rate. Read more here

Honda spends the most per patent family among Japanese automakers, but new AI tools promise to push down spending, saving cash and time in the process. Read more here

Any sale of the BlackBerry portfolio would be the biggest patent deal in years but putting a value on the 38,000 assets it contains presents numerous challenges. Read more here 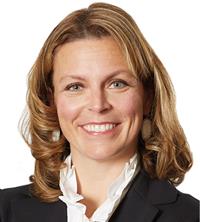