Taiwanese company acquiring Panasonic’s semiconductor unit says transaction will broaden its IP portfolio and add significant R&D resources, but it is not clear how many patents will change hands. Read more here

Ericsson CEO demonstrates that the big licensing players now realise the importance of talking about the quality of their 5G IP at the very highest level. Read more here

The Chinese government has rolled-out a blacklist of “individuals and organizations that severely violate patent-related laws and regulations”. Read more here

Avanci has announced that Volvo Cars has become its latest licensee, so adding another prominent auto manufacturer to a list which now totals 14 brands. Read more here

A good result in a German court and the settlement of a key competitor dispute are among positive signs for Huawei, but US sanctions continue to cloud future. Read more here

Leaked government documents detailing pharma patent discussions between UK and US officials have stirred up controversy in the run up to the British general election later this month. Read more here

Auto IP stakeholders in Asia call for peace but prepare for the possibility of patent war at IAM event held in Shanghai. Read more here

IAM is currently seeking nominations for individuals to be considered for the 2020 edition of the Strategy 300 - our unique guide to the men and women who excel in the creation of IP value. Read more here

A reduction in the 12 years’ market exclusivity given to biologics in the US is being considered to facilitate the passing of legislation to implement NAFTA 2.0. Read more here

Fish & Richardson tops the list of law firms that the US patent elite has used most often in district court litigation over the last decade. Read more here

CAFC’s TCL v Ericsson decision is a big win for the Swedish company but failure to tackle many of the most controversial aspects of the original judgment leaves multiple questions unanswered. Read more here 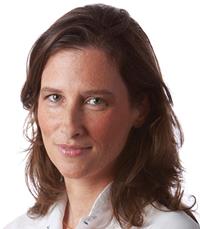