In an exclusive interview with IAM, John Amster explains why his new venture has the potential to be bigger than RPX. Read more here

Server company Inspur, a state-owned entity at the centre of China’s cloud ambitions, has been hit with what appears to be its first overseas patent infringement claim. Read more here

It looks like Samsung and Sisvel have concluded another significant deal, though neither entity is currently talking about it. Read more here

If the CJEU follows the advocate general’s advice in the crucial Santen SPC case it would limit the IP protection open to second medical use innovations in the EU. Read more here

Ericsson sees royalties rise to $1 billion mark after year in which there was change at the top in the IP group and big deals were agreed with Oppo and Xiaomi. Read more here

Law and attorney firms from around the world were recognised for their outstanding work in litigation, prosecution and transactions during 2019 at the Global IP Awards in London. Read more here

In the wake of InterDigital’s decision to throw more light on its approach to dealmaking, president and CEO Bill Merritt explains what the firm is seeking to achieve. Read more here

Portfolio analysis shows there is no clear leader right now in quantum computer patenting, but Microsoft, IBM, Intel and Northrop Grumman are among those vying for top spot. Read more here

As the presidential race hots up - and with even self-styled Democrat centrist Michael Bloomberg promising radical change – IP professionals must interject sanity into the US pharma patent debate. Read more here 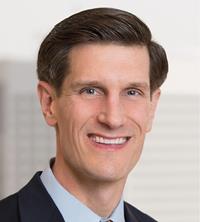