Chinese AI leader Megvii is approaching an IPO and while its patent portfolio is heavily China-focused, analysis suggests it could contain a gem. Read more here

There are some significant IP takeaways from Bayer’s $7.5 billion sale of its animal health unit to Elanco. Read more here

A new agreement with a major handset manufacturer and the grant of a stay in its antitrust case with the FTC deliver Qualcomm a pair of victories. Read more here

Fujifilm and Sony wound down a years-long patent spat on unknown terms, but the market for tape-based storage may take time to recover after dueling ITC bans caused supply strains. Read more here

Second only to Apple as the most frequent filer of PTAB reviews, Samsung clearly favours two big law firms to do most of its work in front of the board. Read more here

Big filers, tough litigators and savvy dealmakers are among the nominees for the Asia IP Elite Awards, the winners of which will be revealed at IPBC Asia in Tokyo this October. Read more here

Gilead’s PTAB attack on rights held by the US Department of Health and Human Services has significant commercial, political and even strategic IP implications. Read more here

TSMC is the target of recently launched Globalfoundries patent litigation. Here are the takeaways from a big chip sector dispute that’s taking on a trade war tinge. Read more here

Amgen’s $13.4 billion Otezla purchase is the latest example of the direct financial value of IP in the life sciences space. Read more here

Austin's emergence as a tech hub is one reason why the Western District of Texas is attracting a growing volume of patent cases, but recently announced rules give defendants substantive benefits. Read more here

Resolving FRAND and SEP-related royalty stand-offs via the courts is inefficient, expensive and damaging to innovation. That’s why it’s time to embrace arbitration. Read more here 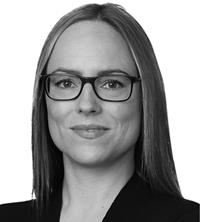