With 16 stories published, the last week was the busiest on the IAM platform for a very long time. Among other things, our team of reporters produced pieces focusing on monetisation, litigation, policy and management strategy in North America, Europe and Asia. This is what we covered …

After nine years of legal manoeuvring, Qualcomm has won approval for its licensing practices in Japan. But in other parts of the region, antitrust doubts remain. Read more here

Siemens recently topped the charts as the number one filer at the EPO. A look at its portfolio shows a focus on innovation and high-value assets. Read more here

Broadcom’s lawsuits against the auto industry escalate, while other patent owners stay out of court. However, that could soon change. Read more here

A*STAR’s head of IP and corporate services sets out his approach to partnering with biopharma innovators, the exclusivity-related stumbling blocks – and how to overcome them. Read more here

The Japan Patent Office has published a series of case examples that explain its approach to handling filings related to AI inventions. Read more here

The CAFC has affirmed the patentability of methods of treatment under Section 101 of the US patent statute and given guidance on the drafting of claims relating to natural products. Read more here

It was a positive fourth quarter of 2018 for US patent sales as an infographic put together based on data supplied by AST shows. Read more here

The latest ITC back and forth in the fight between Qualcomm and Apple illustrates how a lack of injunctive relief makes the US a unique patent market. Read more here

China’s patent office has promised to reduce examination times and the agency's deputy director has dismissed suggestions that 90% of its issued patents are 'junk'. Read more here

Blackberry sees huge surge in IP royalty income and begins search for a new head of licensing to report directly to the CFO. Read more here 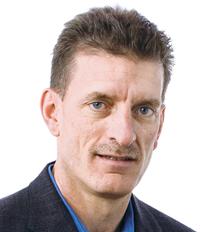