A Chinese court has had its say on FRAND royalties in an SEP dispute between Huawei and Conversant, and it looks like the telecoms giant got exactly what it wanted. Read more here

Judges at the Court of Justice of the European Union delivered good news for designers in their Cofomel decision earlier this month. Read more here

EPO and USPTO chiefs helped to open the IPO annual meeting in Washington DC - one came to sell, the other to evangelise. Read more here

Two years after a big smartphone licensing and know-how deal with Google, a change in leadership is a chance for HTC to assess IP and business alignment. Read more here

Akorn Inc’s failure to make its sham litigation case against Allergan and Duke stick is a reminder that challenging life sciences patentees in this way remains a tough task. Read more here

A recording of a talk given by a favoured Huawei expert witness reveals that the company wants to shift FRAND disputes to its home jurisdiction and ask courts to set low, China-specific royalty rates. Read more here

Mastercard and the Bank of America may be investing heavily in patents, but most banks favour company acquisitions and collaborations to stay ahead in the fintech game. Read more here

In an exclusive interview, Red Hat’s IP head reveals that in the run-up to its acquisition by IBM the company went shopping for patents at a range of sellers including AT&T, Huawei and Panasonic. Read more here

Policy confusion and problematic court decisions mean that the US is leaving the shape of the 5G patent landscape to be determined in Europe and China. Read more here 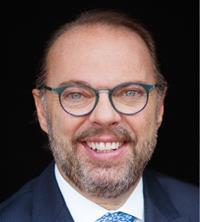