A new report reveals that it can be tough to identify the true holders of patents in Europe. However, claims that “trolls” are migrating from the US do not hold up to scrutiny. Read more here

Stanford academics propose a series of reforms which they claim could improve the US patent system - but not one is focused on tweaking 101. Read more here

Japanese panel consortium JOLED was set up in 2014 by public-private fund INCJ. Its first patent assertion, against Samsung in the US, shows it is very serious about IP monetisation. Read more here

Following a steep decline in life sciences deal-making volume and value in the first three months of the year, the rate of M&A transactions fell to new lows in April and May. Read more here

There should be no question as to the value that wireless technology brings to a car, says former InterDigital licensing head. Read more here

A study group convened by the Japanese government has issued an SEP valuation guide which signals support for positions held by implementers in some high-profile licensing disputes. Read more here

A composite of the publicly-quoted companies in the IAM/ktMINE US Patent 100 listing out-performed the NASDAQ, the Tokyo Stock Exchange and the Dax Index in May. Read more here

A month-by-month breakdown shows that Q2 is set to see a jump in new US district court patent suit filings as rights owners respond to a changed climate. Read more here

The last US patent on Biogen’s best-selling product Tecfidera has been invalidated by a district court eight years before its expiry date, despite withstanding attacks at the PTAB. Read more here

Acquisition interest in Finjan went as high as $5.10 per share before market conditions and then covid-19 prompted a sharp reduction in offers. Read more here

Philips joins Sisvel WiFi pool, while InterDigital, Nokia and Samsung are among the big names to have signed up for joint licensing approach. Read more here

New study, commissioned by Unified Patents, claims that the PTAB has led to an increase in business activity in the US and looks set to influence policy discussions. Read more here

The era of the mega-NPE is upon us. Fortress, Acacia et al can go head-to-head with deep pocket corporations across multiple venues and jurisdictions. That is bad news for Big Tech. Read more here

IAM has made all its content relating to the covid-19 pandemic free-to-view. You can access our back catalogue via this link. 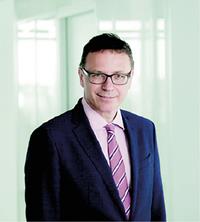