Auto industry patent spats are rare, which is why a US assertion against Continental by a rival supplier stands out. Read more here

Analysis shows that China and the US are not only the primary sources of blockchain patents and innovation but are also the primary markets. Read more here

If Qualcomm’s recent licensing antitrust court defeat stands then the US risks ceding to China a central role in the development of 5G and future wireless technology. Read more here

IBM and NChain are the only non-Chinese entities that feature in the nine-strong list of global, first tier, blockchain patent applicants. Read more here

A new patent pool initiative may help the Broad and MilliporeSigma strike more licensing deals but is unlikely to heal the deeper fractures in the CRISPR landscape. Read more here

Senator Marco Rubio’s proposed legislation targeting Huawei would not stop the company from enforcing patents outright, but it would severely hamper its buying and selling activity. Read more here

The CAFC’s Lone Star ruling squarely puts operating companies that try to monetise their patents by transferring them to NPEs at risk of being joined in any subsequent litigation. Read more here

New applications for Chinese invention patents fell by more than 9% in the first six months of the year, CNIPA reports, but foreign filings are still ticking upward. Read more here

Research finds that Europe is ahead of the rest when it comes to the quality of innovation and filing international patent applications. Read more here

In the era of patents plus dealmaking, Apple’s acquisition of Intel’s modem business is a perfect example of the type. Read more here 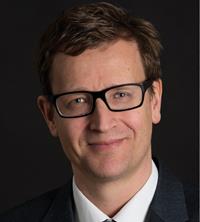