Vivo is firmly in the same smartphone sales tier as companies like Oppo and Xiaomi, but it has pursued a low-key IP strategy very different to that of its chief rivals. Read more here

As more details emerge of its settlement with Apple, Qualcomm looks to have secured close to what it wanted on royalties, while its technology and patent strategy have been fully vindicated. Read more here

A South Korean government study finds that NPEs continue to target foreign defendants in US venues such as the Eastern District of Texas. Read more here

When it comes to patent eligibility reform, USPTO Director Andrei Iancu appears to be focused on what he can control and less on a legislative fix that could be years in the making. Read more here

The US Supreme Court's biggest patent case this year has nothing to do with patents. Read more here

Fast-track changes to China’s trade secrets regime are unlikely to move the needle much in a jurisdiction where enforcement is hampered by difficulties in collecting evidence. Read more here

“Suing Apple would cost me $20 million in the US. In China I can do it for $500,000,” says an American inventor going to court in Beijing. Read more here

This year's World IP Day theme is ‘Reach for Gold’. IP and sport will cross over again this October when Japan plays host to both IPBC Asia and the Rugby World Cup. Read more here

The proposed REMEDY Act is part of a growing US legislative narrative seeking to curtail high medicine prices by targeting the nexus of patent litigation and regulatory drug approval. Read more here 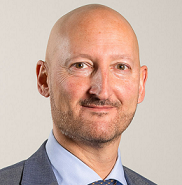