Why Daimler would have the upper hand over Nokia if the pair’s FRAND fight were being heard by the Chinese courts. Read more here

A flurry of Philips suits filed in the US against various TV, set-top box and PC manufacturers, as well as a couple of semiconductor giants, represents a notable escalation of its assertion activity. Read more here

The Japan Patent Office has been ahead of the curve in setting out examples of what AI patents it will grant. A new report looks at how to ensure such rights are enforceable. Read more here

Bayer IP head claims EPO’s Enlarged Board of Appeal got it wrong in recent controversial plant patent ruling, but says the case is now closed and companies must learn to live with it. Read more here

USPTO director Andrei Iancu has revealed that the agency saw collections for maintenance fees come in at $19.5 million less than projected from May to August. Read more here

Canon IP head Kenichi Nagasawa explains the choices he is confronted with as covid-19 accelerates changes that were already taking place in the tech industry. Read more here

Although some NPEs are beginning to embrace the potential of joining up to patent pools, others remain sceptical of the benefits. Read more here

A Paris court has awarded Eli Lilly record damages for a life sciences patentee in France, as well as an injunction against generic producer Fresenius Kabi, in a dispute over a blockbuster cancer drug. Read more here

Although Oracle keeps its patents cards close, it is not to be underestimated - and a TikTok deal would increase its strength in the cloud. Read more here

The UK Supreme Court’s Unwired Planet ruling was the big decision of the summer and a major win for patent owners. But it may end up handing Chinese courts a lead role in SEP licensing cases. Read more here 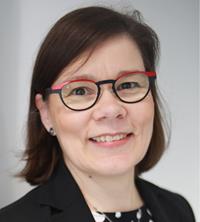