A referral to the CJEU from the District of Court of Munich may end current practice in Germany which makes it very tough for certain kinds of patent owner to secure preliminary injunctions. Read more here

A potential sale or closure of the LG Electronics smartphone business would have implications for one of the world’s biggest portfolios of 5G and other wireless patents. Read more here

PTAB reforms have put a renewed emphasis on speed in filing post-issuance reviews and the numbers show a steady acceleration through the second half of last year. Read more here

Asahi Kasei and Mitsubishi Chemical have each announced Chinese litigation victories against local competitors, a positive sign that Japanese firms can use their IP to fend off challengers in China. Read more here

The recent selections of James Mellor QC and Richard Meade QC as judges for the Patents Court is reassurance that the UK remains a safe pair of hands for IP disputes. Read more here

Companies in the online retailer market are sitting on increasingly valuable patent portfolios. That makes an escalating litigation battle between Ocado and AutoStore well worth watching. Read more here

Unified Patents has filed its first invalidation request against a Chinese patent – the latest expansion for the defensive service provider best known for its PTAB practice. Read more here

The UK’s wish to join the Comprehensive and Progressive Trans Pacific Partnership raises questions about its continued membership of the European Patent Organisation. Read more here

Recent Federal Circuit case law on section 112(a) has raised serious doubts over the enforceability of US genus claims, leaving life sciences rights holders in a quandary. Read more here

The Chinese government has announced subsidies for patent applications will end by 2025, reversing a policy that has fuelled the country’s staggering filings growth for more than two decades. Read more here

Data analysis conducted by IAM indicates that IBM is now abandoning US patents due for renewal at the rate of more than 50% a year. Read more here

Nokia CEO Pekka Lundmark has emphasised the importance of IP creation and monetisation to the company despite a small drop in licensing profits. Read more here

No, patent rights are not the barrier to mass roll-out of covid-19 vaccines. In fact, IP has helped rather than hindered their development. Read more here 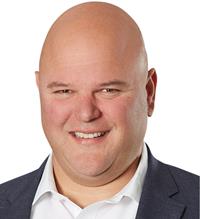