Sony has been accused of infringing a US patent listing ‘pachinko king’ Kazuo Okada as inventor. Japan’s Universal Entertainment, which ousted Okada in 2017, could be poised to benefit. Read more here

The US Department of Commerce has extended a temporary general licence allowing certain kinds of business to be done with Huawei. It will expire in mid-November. Read more here

In the 1990s, IBM made up to $2 billion a year from patent royalties - representing over 95% of the company's pure profit - by following basic principles that still hold true today. Read more here

Apple leads the way at the PTAB; but on one district court-litigation measure it is Samsung that stands out. Read more here

Projector firm Appotronics touted its IP portfolio to raise money on China’s new tech board but is also dealing with the patent risks that come with a high-profile listing. Read more here

A billion-dollar valuation is all well and good, but many Unicorns risk being burned by having to pay-out big money to fend off patent infringement suits. Read more here

While the number of patent suits has fallen dramatically in the US, the number of rights being asserted has dropped by a much smaller margin. This could point to a new plaintiff approach. Read more here

Analysis shows that Canon has cut down its patent filing activity and ramped up its abandonment rate, while there has been a recent litigation spike, too. Read more here

Sources IAM has spoken to talk of a lengthening 101 reform document that reflects the scale of the legislative task ahead, while concern remains that a Section 112 problem is in danger of emerging. Read more here

In its day, the IPNav model was hugely successful in generating cash, but successful licensing in the here and now requires a different, less confrontational approach. Read more here 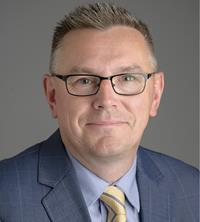