Last week saw good news for Ericsson coming out of the US and China, while both Xperi and InterDigital announced their end of year results, and Burford Capital took aim at life sciences company Opiant Pharmaceuticals at the PTAB. We covered these stories and many more on the IAM platform ...

Congressional action is the only way to solve the uncertainty on section 101 of the US patent statute, argues Aaric Eisenstein of Personalized Media Communications. Read more here

Securing a FRAND licence with the world’s fifth largest handset maker could be a shot in the arm for Ericsson, which has struggled to get royalties out of Chinese firms like Xiaomi and TCL. Read more here

Charles Clark, who has been Director of IP at energy giant Centrica since 2016, talks strategy for the 4IR era in an exclusive interview with IAM. Read more here

At IPBC Southeast Asia, members of the region’s dynamic startup ecosystem heard that while IP may not yet be a critical threat to their businesses, it presents unique opportunities. Read more here

Big corporates in Japan are not on board with the JPO’s patent reform plans that aim to boost damages and bring in new discovery procedures. Read more here

Israel is widely recognised for its contributions to the life sciences industries. However, patent analysis shows why global technology players also go shopping in the Start-up Nation. Read more here 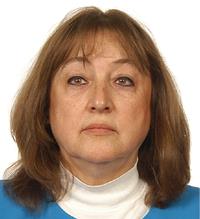