Nokia and Apple change IP guard; EPO number one again; after FTC v Qualcomm another big patent job for Judge Koh; inside the United Technologies and Raytheon portfolios; all the big IPBC news; and much more

Special IAM boardroom session at IPBC Global 2019 focuses on how to get more women involved in senior positions in the global IP market - and why everyone will win when it happens. Read more here

An entity with sub-licensing rights is litigating with a re-vamped Acacia’s patents in China, and some early validity results are encouraging. Read more here

IPBC Global 2019 has now come to an end in Boston, but not before another day of memorable sessions. Read more here

Exclusive article from former CAFC Chief Judge Michel: “If the public debate is confused by unreliable statements of ill-informed or overzealous advocates, the US will decline and its future will fade.” Read more here

Suspension of WTO IP probe of China after US request may not herald a broader deal, but it does underscore significant Chinese concessions on tech transfer and other IP issues. Read more here

IAM readers once again make the European Patent Office their number one; and they have good news, too, for USPTO head Andrei Iancu. Read more here

Judge Lucy Koh, who recently ruled in favour of the FTC in its case against Qualcomm, is set to hear Continental’s complaint against Avanci, Nokia, Conversant and PanOptis. Read more here

SK Innovation has filed a defamation lawsuit against LG Chem in the Seoul Central District Court in a new twist to a trade secrets conflict that began in the US. Read more here

Looking once again to use its “foundational” portfolio to protect its market position, Sonos has accused a Canadian rival of infringing several of its speaker-related patents. Read more here

The merger of United Technologies and Raytheon is set to create an aerospace and defence behemoth, not least when it comes to patents. Read more here 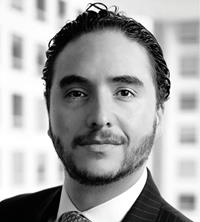