Taiwanese company CyWee has been “basically bankrupted by some of the largest companies in the world”, according to its counsel in an IPR case. Read more here

Understanding three significant CAFC rulings could make the difference between success and failure when seeking diagnostic medical claims patents in the US. Read more here

An NPE based in Ireland is acquiring more patents while also launching infringement suits against a string of big-name tech companies. Read more here

The UK Supreme Court is set to decide a case over Regeneron transgenic mice patents that will affect how life sciences innovators seek protection for their increasingly complex inventions. Read more here

Fish & Richardson and Sterne Kessler still lead among law firms in PTAB cases, but both saw big reductions in the number of IPRs they handled in 2019. Read more here

InterDigital faces an onslaught of Huawei-launched invalidity actions at China's patent office, with about half of the decisions still to come. Read more here

India approves memorandum of understanding with US on IP ahead of Trump visit, but it may not address the reforms multinationals are hoping for. Read more here

The Covid-19 outbreak means that a key appeal in a high-profile, long-running Chinese dispute over internet patents has been put on hold. Read more here

Canadian tech darling Shopify is finally creating a meaningful patent portfolio on the back of a surging market capitalisation, but it still lags rivals – actual and potential. Read more here

TiVo and Xperi edge towards merger and the creation of a $500 million licensing giant, but key questions remain unanswered. Read more here

In order to bring more long-term consistency to US innovation policy, it’s time to rethink how USPTO directors are appointed. Read more here

IAM’s annual IP benchmarking survey is now underway. We invite you to have your say on the key threats and opportunities facing the IP marketplace by filling in one of our 10-minute questionnaires.

Responses will be accepted until Thursday, 31st March. 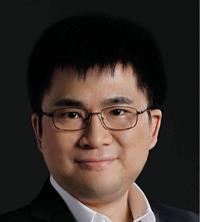