In the week before the Christmas break the IAM team was busy covering stories across three continents – including another major win for Qualcomm in its on-going patent tussle with Apple and news of another big drop in US litigation filings. Here’s what you missed …

Proposals to introduce a US-style Orange Book system seem to have been shelved in China, showing pharma innovators’ limited influence in the country. Read more here

Study claims that doubling the hours allotted for examination of patent applications at the USPTO would reduce burden on rights owners in courts and at the PTAB, saving them $900 million a year. Read more here

As Huawei and Samsung slug it out in their SEP licensing dispute, the Korean company's chipmaking division fears crucial trade secrets have already made their way to Shenzhen. Read more here

The volume of new US patent litigation cases is forecast to fall to under 4,000 for the first time since 2011 - and to well below levels for trademark and copyright suits. Read more here

With the festive season now upon us, those looking for gift ideas can delve into the wonderful world of patents for inspiration. Read more here

Qualcomm secures German iPhone injunction against Apple from District Court of Munich and it  could be spur to settlement talks. Read more here

Apple says it is in full compliance with Qualcomm injunctions issued 10 days ago in Fuzhou, but has come in in for sharp criticism in the Chinese press. Read more here

MIT and Harvard lead the world’s research institutions in patent quality, but look out for the rise of centres based in Asia. Read more here

A summary of the major IP news from the biotechnology, pharmaceutical and medical technology sectors in November and the first-half of December. Read more here

Everything you need to know about China’s new preliminary injunction rules, which were published in late November. Read more here

Lame duck Congress session attempt at pharma IPR reform looks likely to fail given recent changes at the PTAB and growing public concern over drugs pricing in the US. Read more here 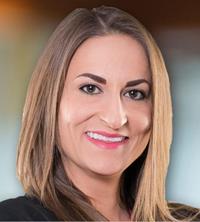