India's patent office appeal board is paralysed again after Delhi court refuses to extend chairman’s tenure; body has just one expert on staff and a growing backlog. Read more here

A recent announcement is the first time that Nokia has drawn attention to the release of SEPs and comes after months of stories about Chinese dominance of the technology. Read more here

Licensing specialists among most affected by a round of lay-offs in Microsoft’s IP team which comes a year after the company joined LOT Network and OIN. Read more here

Samsung, Sony and Google are among the companies that are shifting smartphone production from China to Southeast Asia – and that could have major IP implications. Read more here

Facing NPE litigation in the US and upstart Chinese rivals that are getting smart on patents, TenCent dips back into the secondary market with third IBM deal. Read more here

WIPO data shows US patent filings dipped for the first time in a decade last year, while the number of grants also fell. Read more here

A last-minute bid to retain Australia’s innovation patent system has been rejected by the country’s lawmakers, but they did agree to a six-month extension of its phaseout. Read more here

In Unwired Planet and Conversant, the UK Supreme Court next week will be the first top court in any jurisdiction to consider the enforcement of SEPs subject to a global FRAND licensing undertaking. Read more here

A precedential judgment by the CAFC to overturn a PTAB decision invalidating a cancer drug patent on obviousness grounds is good news for life sciences companies working in oncology. Read more here

When it comes to patent strategy, the Red Hat tail will end up wagging the Big Blue dog after IBM’s $34 billion purchase of the open source powerhouse. Read more here 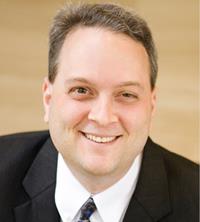