Re-engineering in-house IP teams to meet the new challenges posed by the rapidly evolving digital environment, and to maximise the opportunities it presents, does not have to involve a wholesale teardown of existing structures, write Jens Bördin and Karin Lersten of Konsert Strategy & IP. Instead, success may be delivered by directed evolution. Read more here

IP Bridge has sued Ericsson and Nokia in the Eastern District of Texas using many patents originally owned by Panasonic that are declared essential to the LTE wireless standard. Read more here

Partnership and collaboration agreements are a growing part of the biopharma R&D process, so anticipating potential IP pitfalls in such arrangements is vital. Read more here

Demanding a global licensing rate on the back of a largely US patent portfolio is not FRAND, claims Xiaomi’s IP strategy head in an exclusive IAM interview. Read more here

Validity challenges at the CNIPA are an increasingly important part of the Chinese patent landscape but they can be confusing affairs - especially for foreign parties. Read more here

Text-based discussions of the proposed covid-19 IP waiver will soon begin. IAM maps out the various positions being taken and identifies what issues must be thrashed out in negotiations. Read more here

An IAM interview with Xiaomi’s Paul Lin highlighted the reduced value of predominantly US-based mobile patent portfolios. For licensors in the space a strategic rethink may be required. Read more here

Taiwan’s MediaTek launched a broadside against NXP on Thursday, suing the Dutch chipmaker and several of its auto sector clients for patent infringement. Read more here

FTC chair Lina Khan is one of a new wave in antitrust deeply suspicious of BigTech’s power. But the patent reform the group also advocates will give Silicon Valley’s titans exactly what they want. Read more here

Data analysis shows that many of the world's most valuable solar energy patents are filed and held by Chinese entities, although LG and Samsung own the strongest portfolios. Read more here

If the UK is to compete successfully in the post-covid, Brexit world, the new head of the country's Research & Innovation agency must understand what lies behind the British patent deficit. Read more here 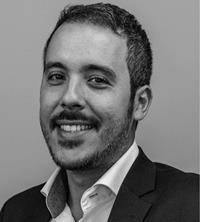