Charting the value of IP and other intangible assets can be difficult, writes Deloitte’s Tim Heberden, but there are ways of showing their role as the drivers of revenue, efficiency and risk, and even in locating the value flows between them. Read more here

Politicians, automakers and ITC lawyers all have something to celebrate as the big-ticket trade secrets clash between LG Energy Solutions and SK Innovation ends in a $1.8bn settlement. Read more here

In less than a month, the Paris Court of Appeal has issued three decisions dealing with SPCs in which it applies the recent CJEU Royalty Pharma case law. Read more here

In a brief for the CAFC, Iancu, Michel and Tillis make clear that they believe Ericsson’s anti-anti-suit injunction against Samsung should stand in the face of a “power grab” by China. Read more here

Two of the top pick-and-shovel companies in cryptocurrency – Bitmain and MicroBT - are set to clash at the Beijing Intellectual Property Court. Read more here

The SCOTUS copyright ruling in Oracle v Google has been celebrated by large parts of high-tech, but it may cause concern in content-heavy creative industries. Read more here

China’s biggest LED chipmaker is relying on patents bought from Sharp as it seeks to head off competition from a rival supplier out of Wuhan. Read more here

Recent comments by Microsoft IP head Jennifer Yokoyama have provided more insight into the patent journey the company has made over the last few years. Read more here

The sudden abolition of India’s IP Appeal Board provided the backdrop for a recent discussion about what’s stopping the country from being an IP superpower. Read more here

Judge Gilstrap had some sharp words for both Optis and Apple when he ordered a new hearing on the $506 million award handed to the NPE in its courtroom fight with the tech giant. Read more here

Xiaomi is facing more US patent litigation than ever before, most recently in a case filed in Delaware by Fortress-backed NPE VoiceAge EVS LLC. Read more here

A DoJ IEEE patent policy move will heighten SEP owners’ focus on the Biden Administration’s antitrust priorities, but it's too early to conclude there will be a 180-degree standards U-turn. Read more here

The $1.8 billion settlement between LG Energy Solutions and SK Innovation shows how winning at the ITC can deliver IP owners significant leverage and why the commission is a target for reform. Read more here 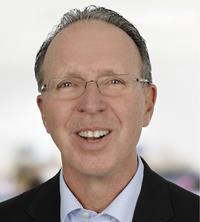