As an OLED patent battle against a Japanese rival intensifies, Samsung Display has appointed a Covington & Burling lawyer with deep litigation experience to be vice president of its IP legal team. Read more here

After four years which have seen a pronounced shift in the US government’s thinking on FRAND licensing, a former USPTO head argues that the Biden administration should not change course. Read more here

RPX has secured a licence to approximately 18,000 Intellectual Ventures patents, including 12,700 active grants and around 8,400 active US rights. Read more here

President Trump has signed the Orange Book Transparency Act into law – a move which promises better and more readily available patent information for generic companies and the public at large. Read more here

China's powerful new anti-sanctions law shows that SEPs are not the only area in which the country is looking to flex its international legal muscles. Read more here

There may be good reasons for F1 teams to be wary of patents, but if they want to maximise the value of their innovations attitudes will have to change. Read more here

With President-elect Biden’s inauguration just days away, IP groups are having their say on what direction US patent policy should take over the next four years. Read more here

Why the landmark licensing deal it has signed with RPX is such good news for Intellectual Ventures – and other key takeaways from the transaction. Read more here

Newly released data shows that, despite the covid-19 pandemic, the USPTO granted over 350,000 patents in 2020 with IBM receiving more than anyone else once again. Read more here

There has been an explosion in the number of patent attorneys in China, but liberalisation threatens the quality of output and puts long-term Chinese strategic goals in danger. Read more here

@IAM_Alerts The inter partes review regime has been the subject of plenty of pro-patentee reform in recent years but whether th… https://t.co/uHrRCoAxYJ Read more

@IAM_Alerts The search for 2021’s inductees into the IP Hall of Fame is now underway. Find out more about the nomination proces… https://t.co/nSOwGq5mD8 Read more 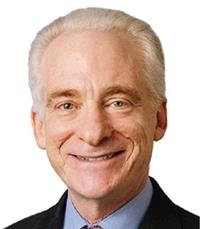