In a rare assertion, Panasonic seeks to fend off Toughbook rival with design rights, an IP field that Japanese policymakers are seeking to boost with legislative reforms currently under consideration. Read more here

The huge surge in IAM readers during 2019 reflects the growing worldwide interest in IP as a business asset. Read more here

Josh Malone’s Bunch O Balloons success has made him a leading figure in the invention community and positioned him to challenge some of the patent narratives on Capitol Hill. Read more here

Taiwan Semiconductors’ transfer of microfluidics tech to Illumina comes at a time when the gene sequencing leader faces a fierce IP fight with an upstart Chinese rival. Read more here

The Data Business Congress will take place in San Jose, CA, next February with a focus on the capture, protection, management, exploitation and monetisation of a pivotal 21st century asset. Read more here

Apple’s patent portfolio is at the heart of the defence it plays when accused of infringement – and analysis shows that much of it has been acquired rather than grown organically. Read more here

Why the $1 billion patent conflict between Verizon and Huawei, which follows a 2016 dispute between the Chinese company and T-Mobile, may alarm Nokia and Ericsson. Read more here

Section 101 hearings end in Congress with Senator Tillis admitting that work needs to be done on key parts of the proposal; says to expect draft legislation after 4th July break. Read more here

In an exclusive sit-down with IAM Toyota’s headquarters, the automakers’ IP chief says that its latest royalty-free licence scheme can help transform the company’s business – and the environment. Read more here

The current debate in the US around legislative changes to the patent eligibility regime stands in marked contrast to the one triggered by the Innovation Act between 2013 and 2016. Read more here

In an interview with IAM Rembrandts in the Attic author Kevin Rivette made the case for applicants spending $100,000 on the prosecution process. We asked the market whether it agreed. Read more here

Less than a day to go until another sell-out IPBC Global gets underway and the buzz is already building in Boston. Read more here 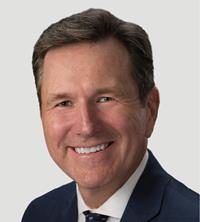