A ruling revolving around obviousness and common general knowledge, which saw a Wyeth patent vaccine invalidated, is the first to be handed down by a new English High Court judge. Read more here

The Crypto Open Patent Alliance, launched by Square in September to protect the cryptocurrency space from patent assertions, has announced its first slate of members. Read more here

The world’s leading maker of bitcoin mining equipment is going through a turbulent time and Chinese IP office records suggest it is using patents to head off potential competitors. Read more here

Although there will be some changes to patent practice in the UK as a result of the Brexit transition period ending, they are not as marked as in other areas of IP – for now. Read more here

The launch of a project in the clean tech sector shows that Canada is upping its IP game, with strong support at federal and provincial levels offering a model for other countries to follow. Read more here

IP risk and geopolitics will be front of mind for prospective investors as China’s gene sequencing equipment champion heads for a listing on the Shanghai Stock Exchange. Read more here

After years of imposing tough inventiveness and data disclosure requirements on many life sciences innovations, South Korea’s Supreme Court may be on the verge of introducing a major change. Read more here

A senior antitrust official at the US Department of Justice has highlighted the risks of what he termed an anti-suit injunction “arms race” in global FRAND licensing. Read more here

Zoom has all the characteristics of a young, high-growth, tech business, including a very small patent portfolio. Read more here

With initial bids for the BlackBerry patent portfolio due next week, RPX CEO Dan McCurdy confirms that the firm is not involved in the process. Read more here

There has never been a better time to be making the case that IP should be treated as a business asset, even if it is not on the official balance sheet. Read more here 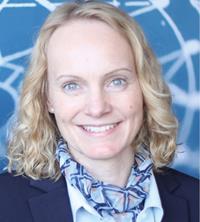