IAM Strategy 300: only one week left to submit nominations

For more than one month now, IAM has been accepting nominations for the 2016 edition of the IAM Strategy 300, the definitive guide to the world’s leading IP strategists. The nomination process closes on Monday November 30, so you have less than one week to submit nominations, if you have not already done so or would like to make a few more.

If you would like to nominate someone for inclusion in the IAM Strategy 300, please visit our nomination website at http://research.globebmg.com/Nomination/strategy300-2016

We look forward to receiving your nominations. If you have any questions about eligibility, the research process or would prefer to send your nominations by email (name, title, contact details and optional reference), please don’t hesitate to contact us at [email protected]. 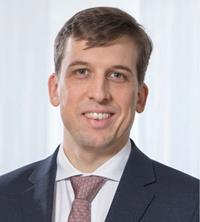